Jenkins Medal for Excellence in Sportswriting 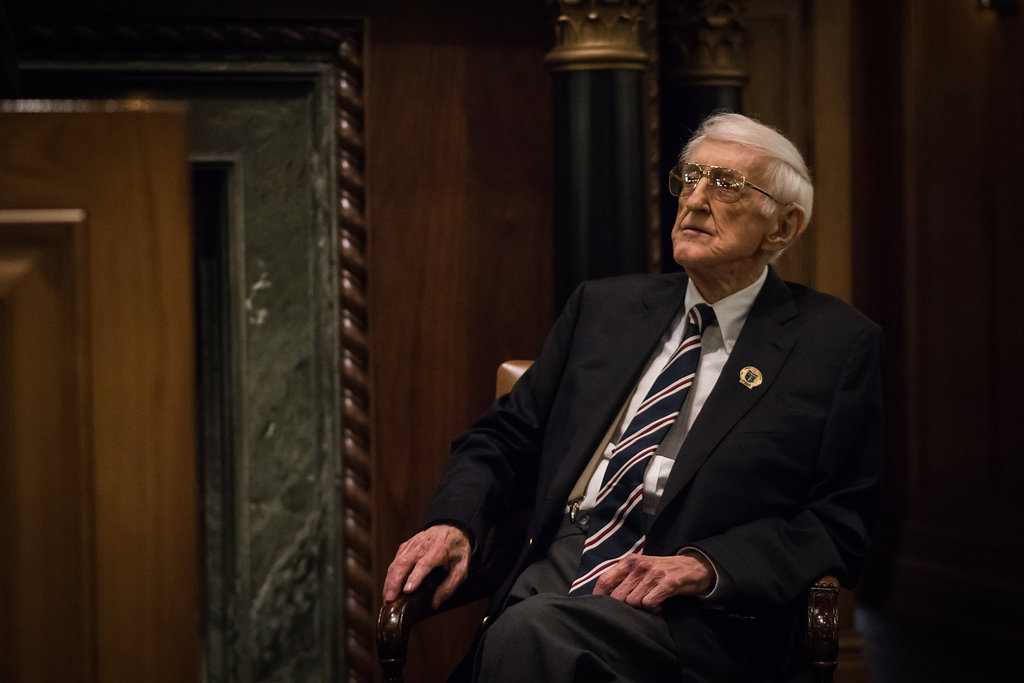 The jury for the Dan Jenkins Medal for Excellence (Sally Jenkins and Michael MacCambridge, co-chairs) welcomes nominations for the 2021 award for Best Sportswriting. The official entry form can be found here. Entries will only be considered when submitted on the official entry form and in conformance with the included instructions.

To be considered for the Jenkins Medal, a piece must have been originally published, either in print or online, in the calendar year of 2020. All forms of sportswriting are eligible, from books to blogs, game stories to long features. To nominate a piece of writing, please fill out the form below and attach a copy, along with the title, author, author's contact information, publication (or website) and original publication date. Rename and submit the official entry form to cscm (at) utexas.edu by Friday, February 19.

Rick Telander and Elizabeth Merrill have been named 2020 award winners by the Dan Jenkins Medal for Excellence in Sportswriting jury.
Telander receives the Lifetime Achievement award while Merrill is recognized for the best sportswriting of the year (2019). The winners will be celebrated in a video compilation under production. They will participate in the 2021 Jenkins Medal dinner and award ceremony when in-person events resume post-coronavirus.
This is the fourth year these national awards have been presented. They are named in honor of Jenkins, the legendary Texas sportswriter, to celebrate the craft and culture of sportswriting he personified through his storied career.

Gary Smith, Sarah Spain and Dave Sheinin have been named 2019 award winners by the Dan Jenkins Medal for Excellence in Sportswriting jury.
Smith receives the Lifetime Achievement award, while Spain and Sheinin are recognized for the best sportswriting of the previous year. The winners will be celebrated and receive their medals at a banquet at the Colonial Country Club in Fort Worth on Oct. 25, hosted by The University of Texas at Austin’s Center for Sports Communication & Media. This year’s ceremony honored the legacy of Dan Jenkins, who passed away in March 2019 at age 90, featuring a conversation with legendary golfer Jack Nicklaus, who received the inaugural Jenkins Medal Sports Legend award.

Dave Kindred and Chris Ballard were among dozens of distinguished sports journalists, faculty members and university officials who attended the second annual awards banquet hosted by the Center for Sports Communication & Media at UT-Austin's DKR Texas Memorial Stadium. NBC Sports broadcaster Mary Carillo emceed the event, attended by Jenkins and his family, including his daughter, Sally Jenkins, a columnist at The Washington Post.
Kindred, a beloved figure in the sportswriting community, was recognized with the Jenkins Medal for Career Achievement in sportswriting, for an body of work, featuring stints at Atlanta Journal Constitution, The National Sports Daily, Sporting News, The Washington Post and Golf Digest. Ballard, a writer for Sports Illustrated, was presented with the Jenkins Medal for Best Sportswriting of 2017 for his profile, “You Can't Give In,” a moving profile of NBA coach Monty Williams, enduring tremendous personal loss.

Frank Deford and Wright Thompson were named winners of the first-annual Dan Jenkins Medals for Excellence in Sportswriting during a ceremony in Dallas on Oct. 13, hosted by The University of Texas at Austin Center for Sports Communication & Media. The national awards, named after the legendary Texas sportswriter Dan Jenkins, were presented before a sellout crowd of 150 at the Pecan Room in Dallas.

2021 Finalists to be announced in spring

By Dan Jenkins was commissioned by the Center for Sports Communication and Meda and debuted at the 2017 Jenkins Medal awards dinner in Dallas. The film was shot, edited and directed by Kelly Lipscomb and Matt Tisdale and co-produced by Michael MacCambridge.

Dan Jenkins was an award-winning sportswriter and best-selling novelist whose career spanned more than six decades. The Fort Worth native was born on December 2, 1938 and died on March 7, 2019.
Jenkins was the author of 24 books—12 novels and 12 works of non-fiction. After 15 years of writing for newspapers in Fort Worth and Dallas, Jenkins became nationally known for his stories in Sports Illustrated for more than a quarter of a century, and afterward for his five-year stint of writing a sports column for Playboy, and since then for his columns, features, and tweets in Golf Digest. Three of his best-selling novels—Semi-Tough, Dead Solid Perfect, and Baja Oklahoma—have been made into movies. He is one of only three sportswriters to be inducted into the World Golf Hall of Fame. He has also been inducted into the National Sportswriters and Sportscasters Hall of Fame, the Texas Sports Hall of Fame, the  Texas Golf Hall of Fame, and the TCU Lettermens Hall of Fame. For a lifetime of excellence in his profession, Jenkins has received the Red Smith Award from the Associated Press Sports Editors Association, the Ring Lardner Award from the Union League of Chicago, the PEN/ESPN Award for literary sports writing, the lifetime achievement award in sports journalism from the PGA of America, the William D. Richardson Award for outstanding contributions to the game from the Golf Writers Association of America, the Old Tom Morris Award from the Golf Course Superintendents Association of America, the Lincoln A. Werden Memorial Award from the Metropolitan Golf Writers Association for a lifetime of contributions to golf journalism, and the Amateur Football Award from the National Football Foundation and College Football Hall of Fame. But Jenkins said he was proudest of the fact that he managed to stay employed by one publication or another throughout his long career.
Moody College of Communication