Behind the Scenes at College Game Day

The chairs on the set awaited the crew. Analysts Kirk Herbstreit, Rece Davis and Lee Corso hadn’t set foot on the premises yet.

Behind the deserted College GameDay desk, a crowd of hundreds flooded the LBJ Presidential Library lawn in Austin, Texas. It sounded like a rock concert. Front-row fans pressed against a metal barricade. Some had arrived at 6 p.m. the night before. The sun had barely risen, but the campus of the University of Texas already felt sticky, the air thick, for the Texas vs. Alabama game. No one seemed to care.

A DJ blared music. Students held signs. One accused Alabama head coach Nick Saban of putting ketchup on brisket. Another noted the school’s acceptance rate. “Opinions on a stick,” ESPN staffers call the program staple. Hours later, golfer Scottie Scheffler, a former Longhorn from Dallas, accepted the PGA Tour player of the year award from his college coach, John Fields. In its eighth visit to Texas since 1999, GameDay captured it all on live television.

Twenty-nine years have passed since ESPN launched its iconic, roving pregame college football show. GameDay now is as much a tradition as the game it celebrates.

Before the final cannon blast and thrilling 20-19 Alabama victory, four students from each university were given the unique experience to cover the behind-the-scenes journey of the colossal event. UT Austin Center for Sports Communication & Media Director Michael Butterworth and Alabama Program in Sports Communication Director Andrew C. Billings began discussing the possibility of collaboration between their respective athletic departments starting when the home-and-home series was first scheduled in 2018.

Shortly after, Fox Sports and ESPN came on board and reporters from local and national broadcast and print outlets donated their time and expertise to help the students understand how to cover major live sporting events. 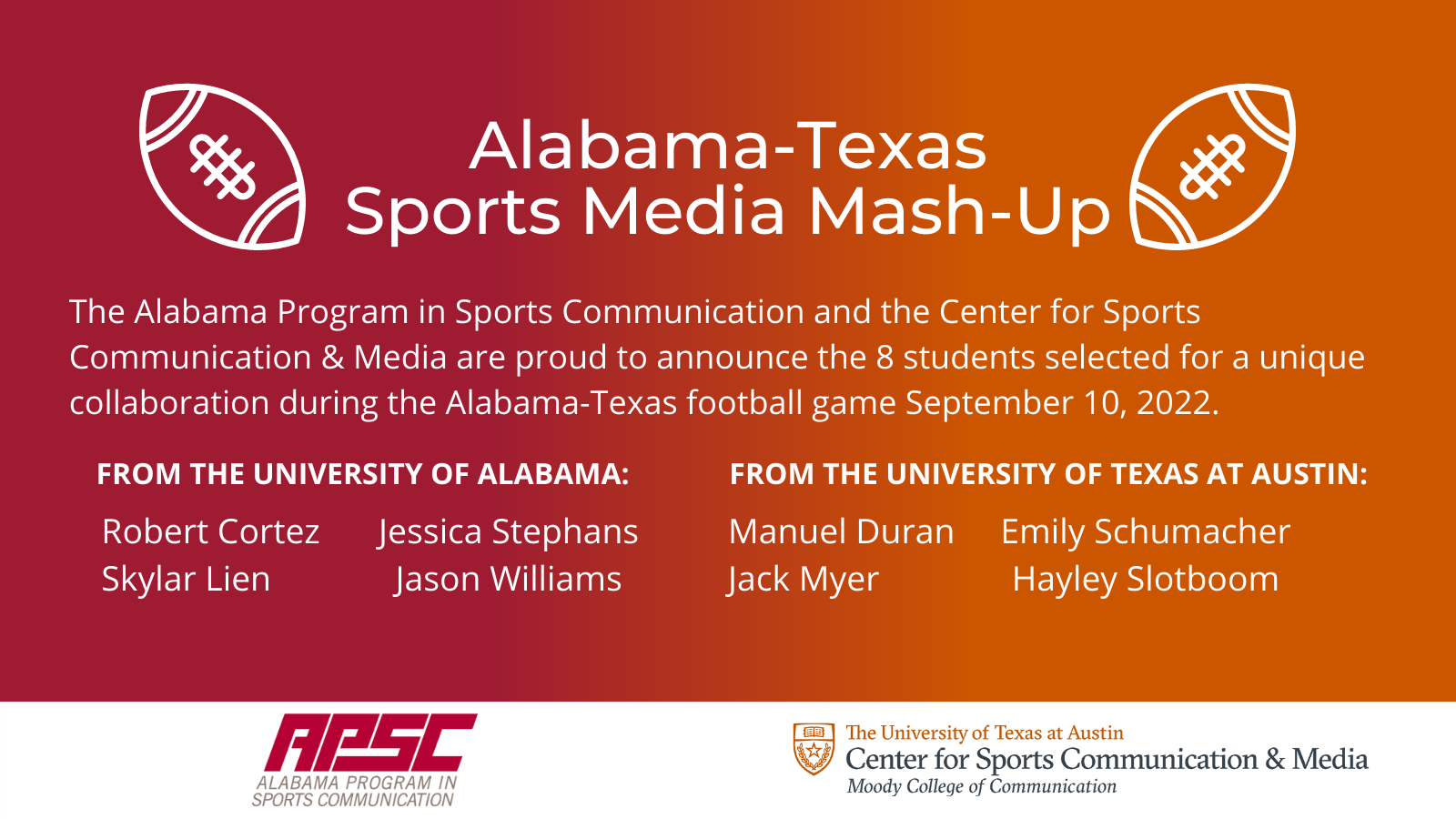