Ya’Ke Smith has been appointed Moody College’s first Associate Dean for Diversity, Equity, and Inclusion by dean Jay Bernhardt. Smith has served in an interim capacity since August, and his permanent appointment is effective in January 2020. 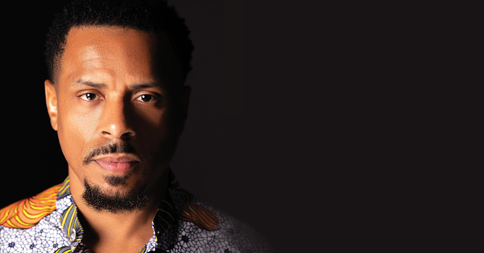 Smith’s service in this newly established role underscores the college-wide commitment to identifying, attracting and retaining diverse talent to Moody College, and then ensuring an accepting, inclusive environment once here on campus.

“It is my charge to work with college and university leadership so we can foster and create an environment where everyone is given an opportunity to succeed,” Smith said.

An Associate Professor in the Department of Radio-Television-Film Department since 2017, Smith brings a respected viewpoint and outstanding listening skills to this transformative leadership role. He is known for his expertise in all areas of filmmaking and his authentic style of storytelling focusing on identity and representation.

His films have received world-wide acclaim, screening and winning awards at more than 90 film festivals.

Smith graduated with his B.A. from the Communication Arts Department at the University of The Incarnate Word, where he later became the youngest recipient of the Alumni of Distinction for Professional Achievement award. He received his M.F.A. from RTF in 2006. Before joining the Moody College faculty, he was the Morgan Woodward Distinguished Professor of Film at the University of Texas at Arlington.

“I am extremely grateful to have Ya’Ke join our college leadership team,” Bernhardt said. “We are firmly committed to growing diverse talent and ensuring a supportive and inclusive community. I’m excited to work with Ya’Ke to significantly advance these goals for all of our students, staff, and faculty.”