Moody College of Communication looks forward to hosting you for fall commencement exercises at The University of Texas. Please use the following information to plan your campus visit and support our graduates. 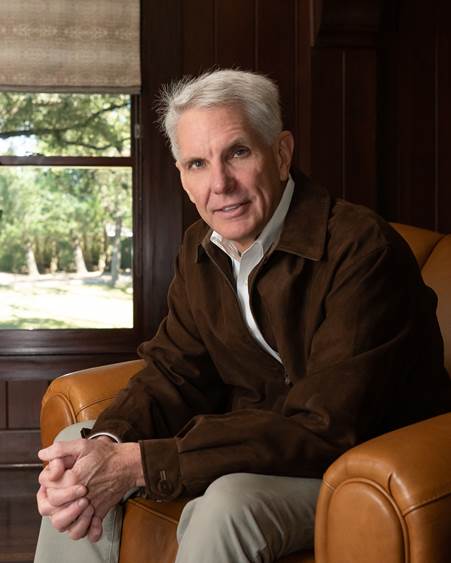 Patrick Terry along with his wife, Kathy, founded P. Terry’s Burger Stand in July 2005 at the corner of Lamar Boulevard and Barton Springs Road. As the first restaurant in Austin to offer all-natural beef and chicken along with fresh cut French fries, P. Terry’s quickly established itself as an alternative to regular fast food fare.

Today there are 16 P. Terry’s locations in the central Texas area. In addition, they opened Taco Ranch, a new concept with two locations in Austin offering the same quality fresh ingredients and all-natural proteins.

A graduate of The University of Texas at Austin, Terry began his career in advertising at Trach-Locke/BBDO in Dallas where he worked on the Philips Petroleum, Ben Hogan Golf and Frito-Lay accounts. He returned to Austin in 1985 as Director of the Texas Sesquicentennial Commission where he oversaw Texas’ 150th birthday in 1986. Before opening P. Terry’s, he created Rizano’s Italian restaurant with two locations which he sold in 1993.

Terry and his wife have two daughters, Kate and Caroline.