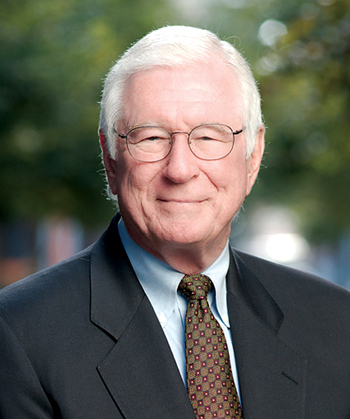 Spelce has been a media legend in Central Texas and beyond for more than 50 years in the fields of journalism, public relations and media.

After earning degrees in journalism, speech and radio-television from The University of Texas at Austin, Spelce worked as a broadcast journalist for KTBC-TV, where he became known for his heroic live coverage of the UT Tower shootings on campus in August 1966.

During his career, Spelce earned numerous community and industry honors including top awards from the Society of Professional Journalists, the Public Relations Society of America and the National Headliners Clubs highest award for consistently outstanding television news coverage.

At the dedication ceremony, Spelce recalled the lessons he learned in journalism and radio and film that provided a foundation for his career as a broadcaster.

“I want to give great thanks to The University of Texas for providing the education, environment and opportunity…for anyone who wants to come into this fantastic environment, this institution and decide what they want to do when they grow up,”  said Spelce. “Today, it’s even better and greater than fifty years ago when [I was] here.”

To Lead and Inspire
Integrity, Honesty and Trust