Author, editor and writer David Wallace-Wells reflects on his process

David Wallace-Wells matched honest recognition with narrative power to produce the most-read story in the history of New York magazine.

His 2017 cover story then became the foundation for his best-seller, “The Uninhabitable Earth: Life After Warming.”

“I thought that climate change was a much bigger, scarier, more epic and cinematic story than most journalists were describing it as. I tried to showcase that different perspective,” Wallace-Wells said.

He visited The University of Texas at Austin in November as an invited guest of Moody College’s four-year honors program. His keynote conversation was moderated by two UT Austin students as well a guest from a local high school. 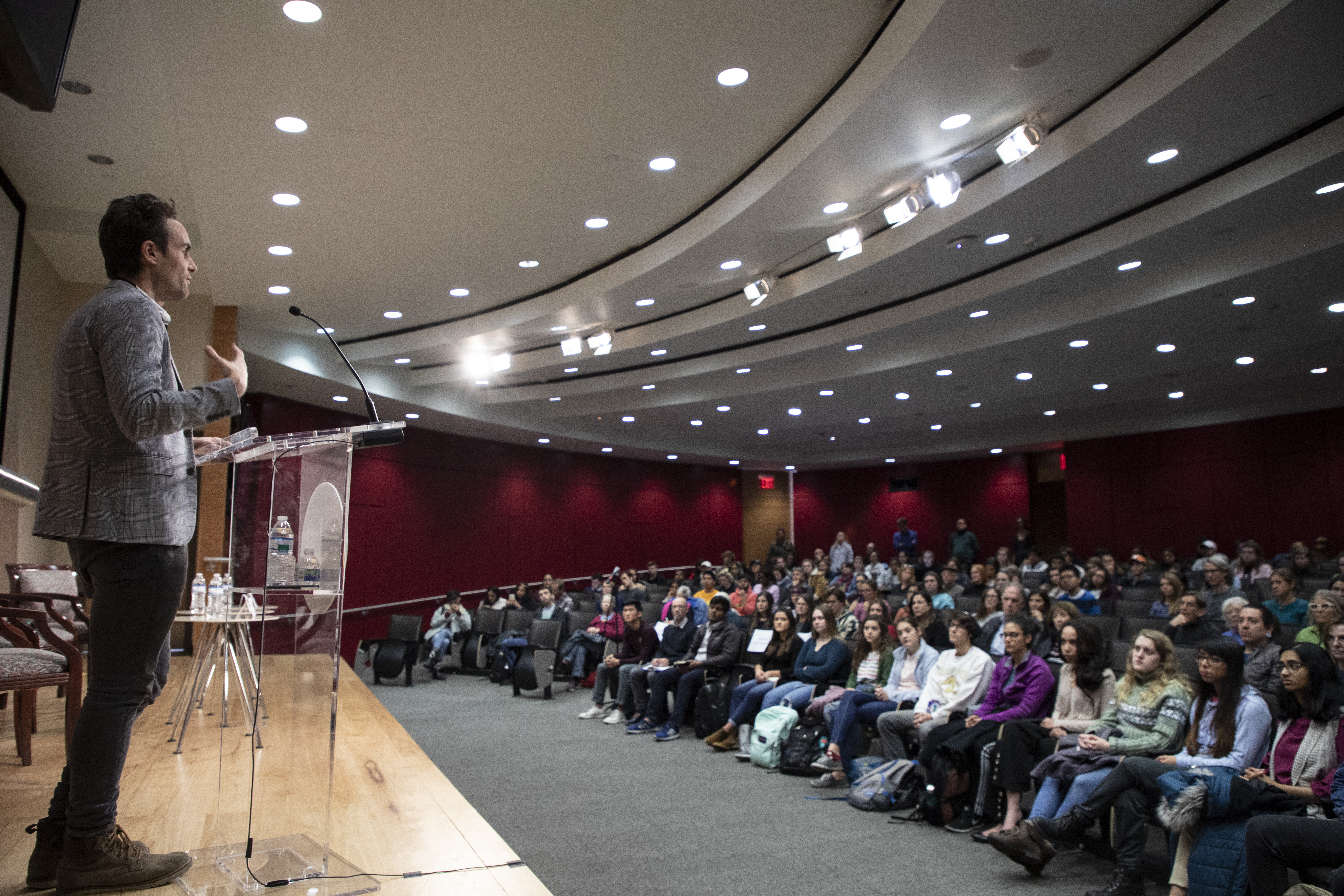 He has worked primarily in journalism since graduating from Brown University in 2004. He said his role as a magazine editor informs his process as a writer. He prioritizes sharp story framing and a clear statement of perspective to produce gripping storytelling.

Wallace-Wells converted his curiosity as a citizen into a journalistic focus on climate change. While there was no lack of earnest reporting on the topic, he observed it to be somewhat cautious.

“When it came to climate, I saw huge opportunities to tell this story in a much more cinematic way,” Wallace-Wells said.