The Business of Collegiate Sports

Athlete compensation in college sports is a divisive issue following recent revelations from the FBI that high school and collegiate basketball players at numerous schools were solicited by shoe companies, financial advisors, sports agents and coaches to entice athletes to wear sponsored products, enter the draft early and accept cash or gifts.

To address this issue and others leading up to the NCAA Men’s Final Four in San Antonio, The Center for Sports Communication and Media with support from the Stan Richards School of Advertising and Public Relations sponsored The University of Texas Intercollegiate Athletics Media Forum, much of which concentrated on the topic of whether college athletes should be paid by colleges or sponsored by advertisers.

“For me, I’m against all of it,” said Del Conte. “Only 1 or 2 percent of our student athletes go pro. The rest of them have a chance to get to change their life through education. A student gets a degree from The University of Texas, over his lifetime he’ll make a million dollars more than if he didn’t have a degree.” 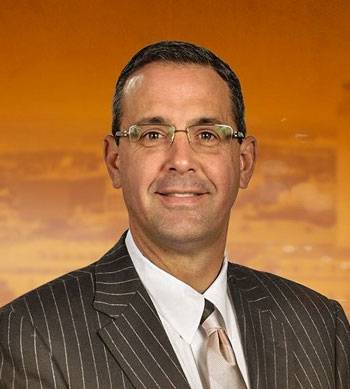 Del Conte cited Longhorns basketball star Mo Bamba as an example of one of the few who go professional and noted that UT Austin boasts a 90 percent graduation rate. Bamba announced last week that he would enter the NBA draft after only one season at UT Austin.

“That’s life-changing money for he and his family,” said Del Conte. “Go do that. I love that. But the rest of those kids aren’t going to have that opportunity (in the NBA) but they can become a doctor, a lawyer, a productive citizen and through sport they’re given that opportunity.”

Big 12 Commissioner Bob Bowlsby said that outside of the G.I. Bill, college athletics provides the most opportunity for young people to obtain a free education in the country. He echoed the notion that the scholarships athletes receive to attend college is a payment in and of itself but stopped short of calling collegiate sports professional, arguing that the status of NCAA athletics lies somewhere in the middle.

“I really don’t believe that college athletics is either professional or amateur. The co-curricular, higher education model only exists in the United States,” said Bowlsby, who said paying the full cost of attendance could be one solution to satisfy critics. “It isn’t purely amateur because they’re getting a college education and it isn’t professional, certainly, because the compensation is tied and tethered to the cost of education. But I bet there are a lot of students in this room that would appreciate graduating debt-free with an excellent education.”

Alabama Athletic Director Greg Byrne added that his athletes definitively benefit from the all the costs the university spends on resources.

“There’s a value on getting on a charter flight and being able to go to class the next day compared to jumping on a bus and going on a 12-hour bus ride,” said Byrne. “There’s value in the way we feed them, the level of coaching they have, the mental health support that we have, the life skills we teach from managing money to writing resumes and having incredible experiences.”

Big East Commissioner Val Ackerman argued that men’s basketball players be given the choice to go professional right out of high school or choose to attend a collegiate program for two years.

“I think it would be good to see if a ‘none and two’ is workable, if the players’ union and the NBA could agree to refrain from drafting a player who elects not to go to the NBA right out of high school,” said Ackerman, a previous attorney for the NBA and former president of the WNBA. “That would give NBA teams more time to evaluate them and create a little more stability for our (college) coaches.”

Outside of pay-for-play, also known as “amateurism,” the forum discussed sports subscription and media rights models, the growing scale of athletic departments and new tax laws.