Moody College celebrates the Class of ‘15

Moody College spring commencement takes place Friday, May 22 at 3:30 p.m. in the Frank Erwin Center, 1701 Red River St. The ceremonies will also be webcast live. Here are a few of the outstanding students who have majored in the Moody College and who will be graduating in the Class of 2014. 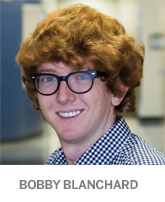 Bobby Blanchard, B.J., Journalism
A journalism major from Pearland, Texas, Robert Blanchard is better known to his peers as “Bobby.” Dedicated to the craft of reporting, Blanchard spent three years working for The Daily Texan in a variety of positions. His years at the Texan consisted of reporting, editing, designing page layouts and pursuing investigative stories.

Outside of his dedication at the school newspaper, Blanchard interned in the news department for KUT, The Texas Tribune and The Houston Chronicle. In the Moody College, Blanchard was a student representative for the college and on the Texas Student Media board, a position elected by the student body. 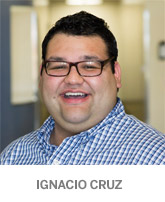 Ignacio Cruz, B.S., Communication Studies
Ignacio Cruz has cultivated a reputation around UT Austin, especially in the Moody College and abroad. He was a youth ambassador for HIV prevention in the U.S. and internationally, hosting annual HIV prevention drives on campus by creating partnerships with student groups and Austin-based organizations. In addition to being an ambassador, Cruz takes pride in his involvement with campus-wide initiatives.

Originally from Mission, Texas, Cruz is past president of Students in Partnership for Development in Ghana, a group that facilitates projects with current community partners and is a Ronald E. McNair scholar. He founded and directed the Undergraduate Research Association, which is a hub to foster undergraduate research on campus. The group hosts events and workshops to offer students a clear perspective on how to get involved in research and provides outlets to explore interests in industry or academia.

Cruz received several awards including the UT Austin Tower Award for Outstanding Student Leadership and was nominated by UT Austin President Bill Powers to receive the 2015 Newman Civic Award. In the fall of 2015, he will enter into a Ph.D. program in organizational communication and technology at the Annenberg School of Communication and Journalism at the University of Southern California. 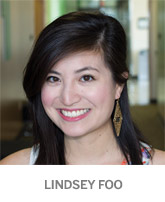 Lindsey Foo, B.S., Communication Sciences & Disorders
As a speech-language pathology major, Lindsey Foo helps individuals who have lost their voice or who are trying to improve their ability to communicate. Recently, Foo presented her independent study at the Texas Speech and Hearing Association Convention, spreading awareness on child bilingual assessments. She also became an undergraduate clinician to help adult clients gain confidence in their speaking abilities.

Continuing her hands-on work, Foo was on the front lines of developing a new treatment for individuals in cognitive rehabilitation in one of three lab work courses. Around campus, she founded the Texas Half Asian People’s Association – a club in which all multicultural students are welcome and encouraged to learn about each other’s experiences. Foo was also co-president of the Texas chapter of the National Student Speech Language and Hearing Association. Foo cited Professor Lisa Bedore, Associate Professor Courtney Byrd and Assistant Professor Maya L. Henry, as mentors whose labs she worked in and whose work she admires and aspires to emulate. She plans to relocate to New York City to pursue a master’s degree in speech-language pathology at St. John’s University on a full scholarship and graduate assistantship. 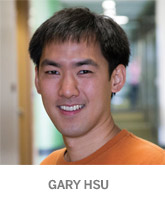 Gary Hsu , B.S., Radio-Television-Film; B.S., Management Information Systems
Radio-Television-Film major Gary Hsu graduates this semester with a double-major in radio-television-film and management information systems. During his time in the Moody College, he studied abroad in Hong Kong where he was a student writer for the McCombs School of Business blog. Hsu was an infrastructure analytics intern at eBay, an information technology intern at the local South by Southwest (SXSW) offices in Austin, and a games and tech contributor for The Daily Texan.

Among his accomplishments, Hsu and a fellow UT Austin student created a startup company named Cramen. The company’s product is a low-cost, highly nutritious spice mix with the goal to alleviate world hunger through distributing the mix to third world countries.

Hsu said his favorite courses in the Moody College were through the UT3D curriculum taught by Senior Lecturer Buzz Hays and Post-Production Specialist Simon Quiroz. Upon graduation, Hsu plans to relocate to Seattle and work at Microsoft as a technical account manager. 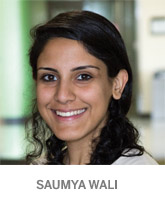 Saumya Wali, B.S., Public Relations
When Saumya Wali isn’t experiencing new things or photographing friends, she leads a busy schedule as a student in the Moody College. In her time on the Forty Acres, Wali’s activities include involvement with the Texas Lassos, Tower PR, the student chapter of United Nations International Children’s Emergency Fund (UNICEF), and serving as mentor for two years in a first year interest group (FIG).

Wali is a member of Texas AdGrad, a group in which students, faculty and alumni build professional networks and post job opportunities. She is also on the digital marketing team of the Texas Student Media group on campus. To explore her interest of global health and international development, Wali spent the last year working on the global health team at Innovations for Peace and Development, a research institution throught the LBJ School.

While having received numerous dean's list and honors day distinctions, Wali has also received our college's Career Development Grant. After graduation Wali plans to head back to her hometown of Houston, where she will work at Accenture as a management consulting analyst and continue her hobbies of photography, learning new activities, volunteering and socializing with family and friends.