Two advertising teams from the Moody College of Communication have won Pencil Awards – among the most prestigious awards in the advertising industry – at the 2015 D & AD New Blood Awards in London.

Selected from over 2,500 entries, the teams are among 236 New Blood Pencil Award winners from 13 countries, and they are only two of 17 teams to win from the United States. The New Blood competition is held annually and eligible to anyone from the ages of 18 – 23.

D&AD is made up of a group of designers and art directors who celebrate creative communication and seek to raise the standards within the industry. D&AD represents creative, design and advertising communities worldwide.

These are the first two teams from the university to win New Blood Pencil Awards.

BBC Commuter allows users to download personalized content from the BBC before boarding the London Underground, which lacks cell service. The user can then view already downloaded content offline while riding to their destination. 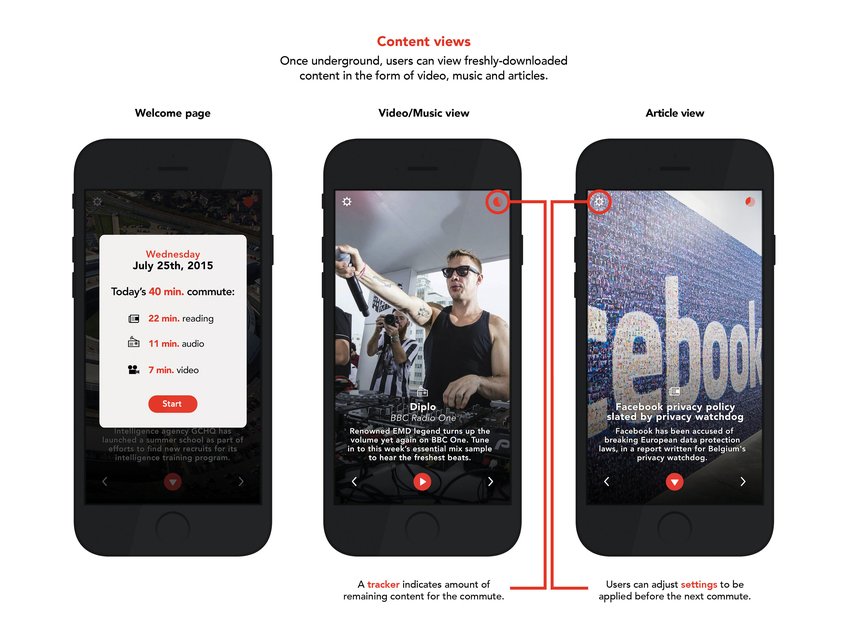 Developed by Richards School alumni Boin and
Ramirez, BBC Commuter enables riders of the
London Underground to download personalized
content that they can view during their commute.

"Just agreeing to take on one of the D&AD creative briefs is daunting enough, because you know all the best students around the world are doing the same thing, said Ramirez. “Being one of the first students from UT and one of seventeen in the U.S. to win a D&AD New Blood award is incredibly honoring, and I’m proud to attribute some our success to our time in Texas Creative sequence at Moody."

Reply:All enables unconnected women to retrieve information from the rest of the world through their only immediate means of communication: handwritten letters. Participants handwrite queries about the world, just as Web users would write them into a search engine.

The letters are digitized by participating tech companies and transmitted through social platforms and the Reply:All website. Registered users can respond to the letters through words, graphic art, and pictures of themselves and the world around them. 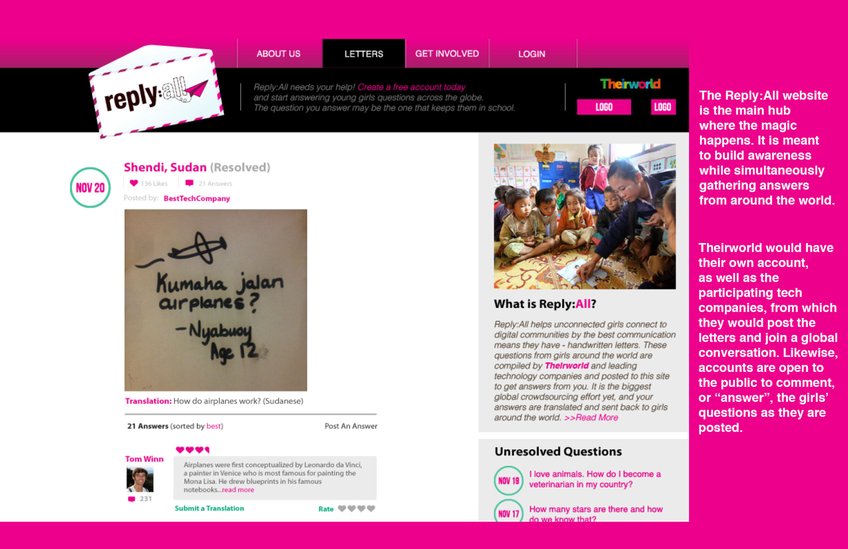 “We often speak of the digital global village as a place that is making the world smaller and offering new opportunity to developing nations,”  said Byrne. “But the average world citizen does not have access to this privilege. For example, only a third of young women have Internet access."

"For many unconnected women, the problem is more than just their distance from a cell phone tower – in a sense, they are forced to live in the past, said Veazey. "So we wanted to create a campaign to help people visualize that disparity.”

Byrne said the team formulated the idea for Reply:All in a graduate class taught by Sean Thompson, senior lecturer in the Stan Richards School.

“I think that our creative classes do a great job of teaching you how to incubate an idea,” she said, “and they push you to refine good ideas into great ones.”