Jay M. Bernhardt has been named interim dean (effective September 1, 2015) of the Moody College of Communication at The University of Texas at Austin, Executive Vice-President and Provost Gregory Fenves announced today. 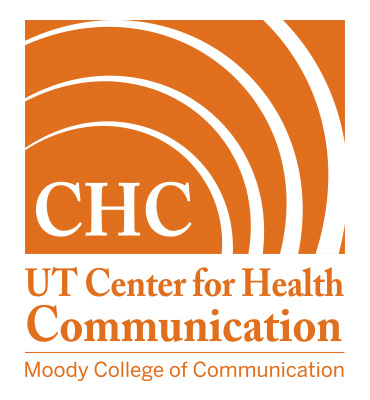 Bernhardt is currently the Everett D. Collier Centennial Chair in Communication and professor in the Department of Communication Studies and the Stan Richards School of Advertising and Public Relationsand founding director of the Center for Health Communication at The University of Texas at Austin. He will begin as interim dean on Sept. 1, 2015, and serve until a permanent replacement is selected for outgoing Dean Roderick P. Hart.

“I am deeply honored to be selected by President-Elect Fenves as the interim dean of the Moody College of Communication, one of the finest and most respected colleges of communication in the country,” Bernhardt said. “To follow in the enormous footsteps of a transformative leader like Dean Hart is profoundly humbling. The Moody College is a very special place with world-class faculty, staff, students, administrators, alumni and partners—I look forward to working closely with our talented team during this time of transition and opportunity.”

Bernhardt previously served as director of the National Center for Health Marketing at the U.S. Centers for Disease Control and Prevention. In this role he oversaw many of CDC’s most respected scientific publications, including Morbidity and Mortality Weekly Report (MMWR) and The Community Guide for Preventive Services. Under Bernhardt’s leadership, the CDC significantly increased its emphasis on science-based health communication research and practice, including the innovative application of public and professional engagement using social networks, streaming media, and mobile messaging.

“Dr. Bernhardt brings a unique blend of academic and applied communication expertise along with senior administrative experience to his role of interim dean,” said Fenves. “I am grateful to Dr. Bernhardt for his willingness to lead the college through this transitional time. I want to thank Dean Hart for his decade of service as dean of the Moody College. He leaves a remarkable legacy.”

On Aug. 27, 2014, Hart announced he would be stepping down as dean of the Moody College after 11 years of service and will return to teaching and scholarship as a faculty member in the Department of Communication Studies, as well as a subsidiary appointment in the Department of Government.

Bernhardt’s research focuses on the application of digital communication technologies—including mobile, wearables and social media—to public health, health care and medicine. His recent research has been funded by the National Cancer Institute, the Eunice Kennedy Shriver National Institute for Child Health and Human Development, and the U.S. Food and Drug Administration.

Bernhardt is a member of numerous honor societies and has received such prestigious awards as the Everett Rogers Health Communication Award from the American Public Health Association, named for one of the most respected scholars in the field of health communication.