School of Journalism Senior Lecturer Robert Quigley was awarded the Moody College Teaching Excellence Award on Dec. 3 after being nominated by students and vetted by fellow faculty members, a committee of past winners, and Dean Jay M. Bernhardt. 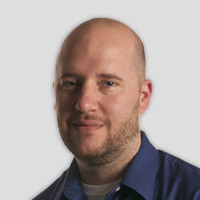 “As a multiple nominee and finalist for this award, we have observed a continuous effort to improve upon his already impressive body of work,” the committee noted. “He exhibits a passion for teaching, as well as a commitment to student service, and his dedication to moving journalism into the digital future was instrumental in his selection.”

Quigley said when teachers honestly care about the welfare of their students, the students pick up on that quickly and will work hard to learn.

“There is nothing more rewarding than seeing the light go on for a student, and then watch as they start their journey to a career and to adulthood,” said Quigley. “I also think teachers should believe in their students’ potential—even those who aren’t obvious high performers. Sometimes, all they need is someone to believe in them.”

School of Journalism Professor Stephen Reese was awarded the Ellen A. Wartella Distinguished Research Award on Dec. 3 for his article, “Globalization of Mediated Spaces: The Case of Transnational Environmentalism in China.” The award is given to recognize outstanding achievement in the field of communication. 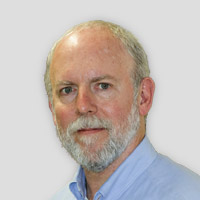 The article asserts that nongovernmental organizations (NGOs) working in China on environmental issues are more successful in advocating for their causes by leveraging “transnational networks”—composed of local and international partners—providing important political connections and furthering the cause of NGOs.

“I’d like to say something about research, on behalf of my colleagues. I have been given a great privilege to work here at The University of Texas, to be able to think my own thoughts and pursue questions that need answers,” said Reese. “The pursuit of knowledge doesn’t seem as valued as it once was, and there are fewer places where it can happen freely. Research universities like this one are some of those places. So, I don’t take that privilege for granted, nor do my colleagues.”

Reese has served on the faculty at UT Austin since 1982 and taught a wide range of subjects from broadcast news to critical thinking for journalists in addition to taking on numerous administrative positions including advisor and director of the School of Journalism.

In research, Reese focuses on media effects and press performance and has published two books co-authoring “Mediating the Message: Theories of Influence on Mass Media Content” and editing a volume of research titled, “Framing Public Life: Perspectives on the Media and How We Understand the Social World.”

In closing his speech at the commencement ceremony, Reese stated, “Graduates, friends and parents, I thank you for your support of this institution. Because with your help, people like me, through the thoughts we think and the words we write—and in my own small way through research like this—I like to think that ‘What starts here changes the world.’”