Will Clark, Skyler Frost, Emma Rappold and Lauren Smith have at least two things in common as they step onto campus this fall: all were named Forty Acres Scholarship recipients and all will represent the Moody College of Communication. 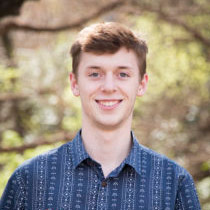 Each year the Texas Exes accepts only 21 scholars into the program based on academic accomplishment and leadership ability. More than 3,400 students applied this year for the full-ride, merit-based scholarship program, with the final 21 selected from 58 semifinalists.

Will Clark is a native of Dallas and alumnus of St. Mark’s School, where he was the managing editor of the school newspaper and winner of the Texas High School Journalist of the Year Award. Clark also finished second in a national contest for Journalist of the Year. When he isn’t playing guitar with several bands, he plans to further his study of storytelling through the School of Journalism. 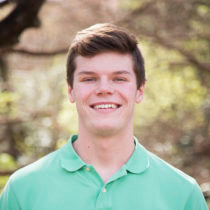 Skyler Frost is originally from Morris Plains, N.J., where he was the captain of the varsity soccer team in high school, executive sports producer for the school’s television show, and leader in a freshman and special education mentoring program. As a radio host, Frost covered high school sports games for three years and made a film that won first prize at the school’s film festival, which is archived in the county’s records. Frost will continue in the pursuit of his filmmaking passion in the Department of Radio-Television-Film.

More than 3,400 students applied this  year for the full-ride, merit-based scholarship program, with the final 21 selected from 58 semifinalists. 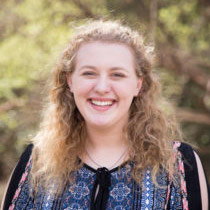 Emma Rappold is from the North Texas town of McKinney, where she was a national merit finalist, producer of the school’s broadcast news network, and participated in a mentor program where she learned from a showrunner at AMS Pictures. Beginning early, Rappold has recorded commercial voice-overs for Radio Disney since she was an 8 year-old and was a student teacher and intern at a local film acting studio. Rappold will further her interest in the film industry as a freshman in the Department of Radio-Television-Film. 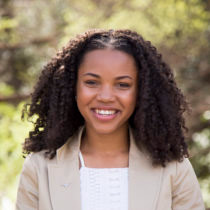 Houston native Lauren Smith was chair of the African American Affinity Group, captain of the cheer team and two-time NCA All-American Cheerleader at Saint John’s School. Smith volunteered as an English teacher at Breakthrough Houston for three years, a program that strives to prepare high school students who possess high academic potential but limited financial resources. She is also a longtime member of Girl Scouts of America and plans to study public relations in the Stan Richards School of Advertising and Public Relations.

This article was written with source material from the Texas Exes.