Students from the Stan Richards School of Advertising and Public Relations won 38 out of 49 categories in the 2016 Austin American Advertising Federation (AAF) Student ADDY Awards competition on Feb. 17 at the Hyatt Regency.

The awards were chosen from more than 30 client campaigns and ads and were categorized as either gold, silver, bronze, judge’s choice or best in show. Nine prominent judges were invited from other top tier markets throughout the U.S. to critique creative submissions from advertising programs located in the central Texas area in addition to grading work from Austin-based professional agencies such as GSD&M, Sanders\Wingo, McGarrah Jessee and djnr interactive, LLC.

Richards School students dominated at the student awards and swept the “Judge’s Choice” and “Best of Show” categories, winning the top prizes in the fields of advertising, design, and digital works.

The local awards will serve as a gateway to regional and national competitions across 231 collegiate chapters, providing more than 8,000 advertising students the opportunity to enter original pieces across the U.S. 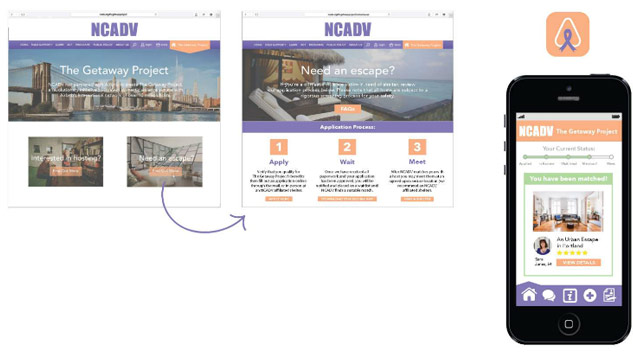 “A simple big idea that is culturally relevant and makes sense, hitting my emotions in a way that goes above what we normally do daily in this business.”
– Judge Steven Whittier, CODE & THEORY NY

"The goal was to solve the issue of overcrowded domestic violence shelters with a solution that could be implemented easily with an app,” said Perez. “We believe this solution works so well because it takes advantage of existing structures and Airbnb’s vast network of hosts.” 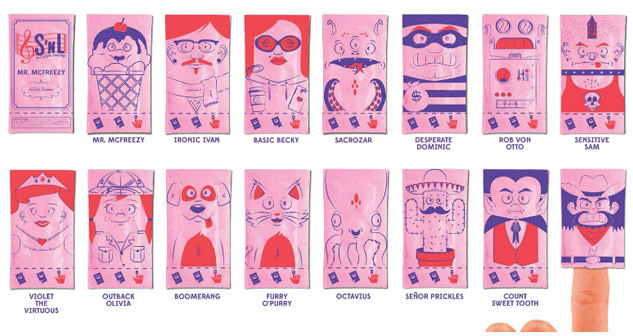 "Scotch tape has an iconic shape serving as a friendly reminder of childhood imagination, crafts and gift wrapping,” said Street. "I believe this series of print ads work well because of their simple visual solves, showcasing sticky animals that everyone can relate to in a fun and childlike manner.”