Matthew McConaughey (Radio-Television-Film, '93), won the 2014 Golden Globe for best actor in a motion picture, drama on Jan. 12 for his portrayal of AIDS activist Ron Woodroof in "Dallas Buyers Club."

The native of Uvalde, Texas, and alumnus of the Moody College of Communication at The University of Texas at Austin was originally discovered in an Austin bar by producer Don Phillips following his graduation from the Department of Radio-Television-Film in 1993. Phillips cast McConaughey in his breakout role in Richard Linklater's film "Dazed in Confused," launching a career that now includes more than 50 acting credits. 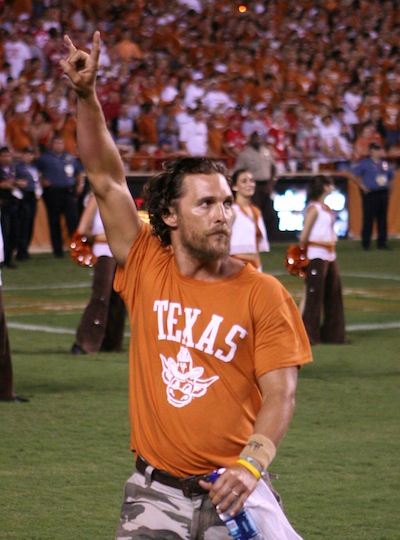 To prepare for "Dallas Buyers Club," the actor lost more than 40 pounds to play Woodroof, a real-life Texas electrician who contracted AIDS in 1986 and sought out alternative treatments for himself and others despite rebukes from the government and medical establishment.

The award highlights a resurgent career for McConaughey that includes recent critically acclaimed roles in "The Wolf of Wall Street," "Mud," "Magic Mike," "Killer Joe," "Bernie" and "The Lincoln Lawyer."