Free Speech Week reminds of the responsibility to listen to others

E. Johanna Hartelius writes, “when all are speaking, none are listening. And the notion of free speech becomes darkly absurd.”

Does free speech really deserve a specially designated week at The University of Texas?

We know by now about echo chambers, media polarization, and social network conspiracism. The obstacles to genuine dialogue and a meeting of disparate viewpoints seem insurmountable. Is freedom of speech even worth it? Is the ideal salvageable? Is ethical practice a realistic goal? 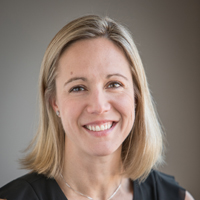 The answer of course is yes, or there would be nothing left to say.

The reason to speak, to express concern, to narrate your experiences and perspective, to deliberate regarding shared problems -- all of these are premised on the assumption that solutions are possible. If the status quo were absolute, and people had no efficacy, either individually or collectively, speech would be unnecessary. The prospect of progress and change in the world we inhabit assumes that people can affect their circumstances.

The thing about that prospect, the sine qua non of progress toward democratic conditions, is listening. Free speech gets its valor from people's responsibility to listen more than we speak.

Now in its second year, Free Speech Week at Moody College of Communication featured a virtual faculty panel, a public forum debate featuring Moody's championship-winning student debate team, and a student video contest. Like last year, in the student video messages, free speech is at once a means to an end, and an end in itself. The three winners creatively explained the role of free speech in society, imagined a world without it and expressed the urgency to use it.

It's easy to despair when hearing the hostilities that political opponents hurl at each other in networked and broadcast media. It is tempting to refer to the speech of those who disagree with us as an "inarticulate grunt or roar," unworthy of legal protection, much less a week-long campus event. Nevertheless, the third week of October at Moody College links free speech to the responsibility we all have to listen to others. Affirming this link is unapologetically hopeful.

The responsibility to others implied by the ideal of free speech may be easier to see if we replace the shopworn metaphor of the marketplace of ideas, a recurring way of understanding the functions of free speech. In the metaphor's ideal scenario, everyone has access to the marketplace, and anyone can "buy" and "sell" ideas on equal terms. There are of course any number of problems with the ideal, not the least of which is an imbalance of supply and demand. When supply increases, it seems, "sellers," or people with opinions, just get louder.

What if the marketplace has become intolerably hostile and its cacophony deafening? When all are speaking, none are listening. And the notion of free speech becomes darkly absurd.

Moody College celebrates Free Speech Week with an eye toward a different image -- that of a potluck. As professor Robert Jensen wrote, critiquing the limits of the marketplace approach, "At a potluck, everyone has a right not only to bring a dish but to expect that some people will try it. Everyone understands that to cook something that is not eaten leaves the cook feeling unnoticed and unappreciated, not a full member of the group. In a potluck there is an ethic of respect for people that leads to each dish being tasted."

Free speech is only as good as the capacity of those who enjoy its privileges also to listen.