On Alcohol and Advertising

AUSTIN, Texas – Despite alcohol advertising facing increasing regulatory pressure in the U.S. and abroad, new research from The University of Texas at Austin shows that advertising has little if any effect on overall alcohol consumption.

In a study published March 23, 2015 by the International Journal of Advertising, researchers have found that there is either no relationship or a weak one between alcohol advertising and total consumption of beer, wine and liquor. However, they found that advertising may be related to consumers’ choice of brands or categories of alcohol beverages.

The study, “Beer, Wine or Spirits? Advertising’s Impacts on Four Decades of Category Sales,” was authored by Gary Wilcox, professor in the Stan Richards School of Advertising and Public Relations; and Eun Yeon Kang and Lindsay Chilek, both Ph.D. candidates in the Richards School.

Researchers studied per capita sales of alcohol beverages in the U.S. from 1971 to 2011. During this time, they found that per-capita consumption remained relatively constant, with changes only occurring only between the three categories of alcohol.

"Since the overall alcohol market is not growing, competition for a greater share of that market is intense and constant."
- Gary Wilcox

“Since the overall alcohol market is not growing, competition for a greater share of that market is intense and constant,” Wilcox said. “Brands try to increase their revenue through stronger, more innovative marketing efforts like advertising. For example, liquor brands that took advantage of the recent ability to advertise in the electronic media saw market share gains associated with their ad spending.”

Researchers suggest alternatives to banning alcohol advertisements might be to inform the public about the problems of alcohol abuse and misuse. 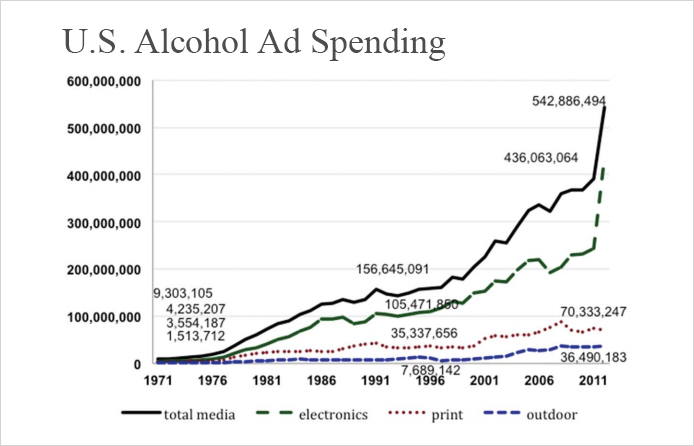 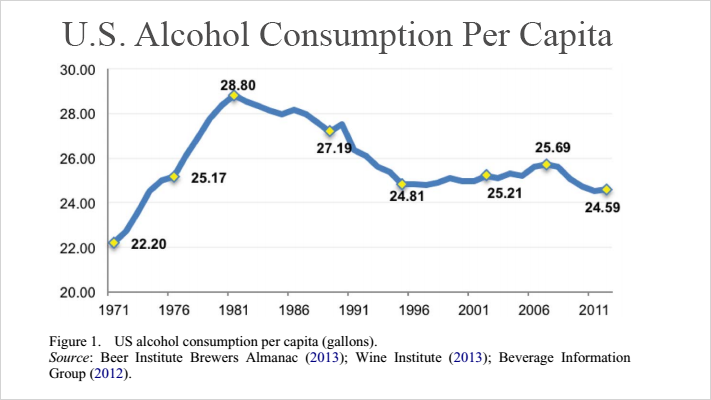 “Although criticisms of alcohol advertising and promotional methods abound, remedies that would restrict or overly regulate such communication activities usually do not have the desired effect of reducing consumption,” Wilcox said. “Instead, a more logical alternative would be to communicate as much information as possible to the public about the subject and encourage all viewpoints so our society makes an autonomous, rational choice regarding alcohol consumption.”