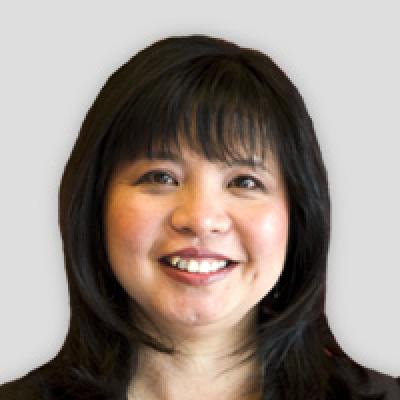 Professor Lee’s research focuses on understanding the role of culture in persuasive communication. She has authored well over 100 published works on topics such as acculturation, country-of-origin effects, consumer ethnocentrism, cross-border brand alliance, consumer response to ads with patriotic themes, message effects in cross-cultural communication, and the practice and policies of multicultural marketing communication. Her work has been supported by more than 20 research grants. She is a three-time recipient of the American Academy of Advertising Research Fellowship Award. Her research has been published in various book chapters, conference proceedings, and appeared in prestigious journals such as Journal of Advertising, Journal of Advertising Research, International Journal of Advertising, Psychology & Marketing, Journal of Business Research, among others. She co-edited the 2005 book Diversity in Advertising—a major research-focused book on this subject matter thus far. She has been invited to give many national and international presentations and keynote addresses. For her outstanding, sustained, and systematic contributions to advertising research, Professor Lee received the 2017 American Academy of Advertising’s Ivan L. Preston Outstanding Contribution to Research Award—the highest honor for research accomplishment in the field of advertising awarded by the Academy.

Professor Lee has supervised over 20 dissertations. Many of her former students are now active researchers and college faculty in advertising and marketing in the U.S. and abroad. She has supervised over 40 master’s and honor’s theses and produced many outstanding graduates who have gone on to influential industry careers. She is a former Editor-in-Chief of the Journal of Advertising and currently serves as a member of its senior advisory board. She also lends her expertise and serves on many other editorial review boards. She has been an active member of the American Academy of Advertising for over 30 years and served multiple terms on its Publications, Research, Industry Relations, and International Advertising Education Committees. In 2010, she was elected Vice President of the American Academy of Advertising and chaired its national conference in Minneapolis.

Professor Lee was a visiting professor at ad agencies in Chicago and NYC. Between 1998 and 2001, she was Executive Director of the Office of Survey Research at the University of Texas at Austin where she implemented a number of technology-assisted research tools for state-of-the-art client services. In an effort to help UT advertising students gain cross-cultural awareness and build knowledge, she pioneered, designed, and led short-term study abroad courses in international locations such as Singapore, Kuala Lumpur, Hong Kong, and Shanghai, from 2007 to 2013.

Professor Lee’s goal in research, teaching, and service has always been to inspire and mentor the next generation of thinkers and doers in cross-cultural communication.