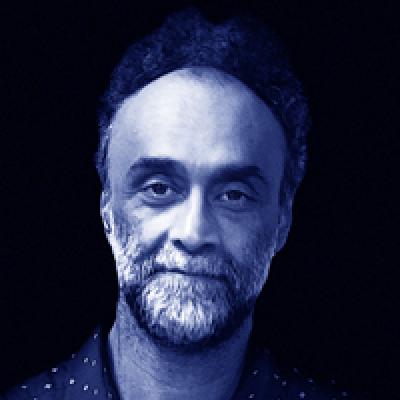 Rao has more than 20 years of multimedia experience as a creative director, animator, director and children’s book author.

In the 1990s, Rao served as an art director, creating award-winning advertising campaigns for brands like Taco Bell, Little Caesars Pizza, Toyota and Energizer. He worked at dozens of agencies including BBDO, Fallon, Cliff Freeman & Partners, Saatchi and Saatchi, 180, TBWA/Chiat Day and Deutsch, before moving to the SciFi Channel in 2002 as creative director. Rao was part of the channel’s brand re-launch and created and directed many brand spots and network IDs, which led to his career transition to animation and directing.

In 2007 his animated short film “Battle of the Album Covers” was a viral hit. His films have played in more than 25 film festivals worldwide, and he has also directed multiple music videos that blend live action and animation.

He has directed several videos that are a mix of live and animation for bands such as My Morning Jacket, Poison, Sean Kingston, Colbie Caillat, A Great Big World and Capital Cities.

From 2005-2012, he was part of the roster of directors at Curious Pictures in New York and did award-winning work for clients such as Nike, Volkswagen, Crunch Gyms, Amnesty International and Boost Mobile.