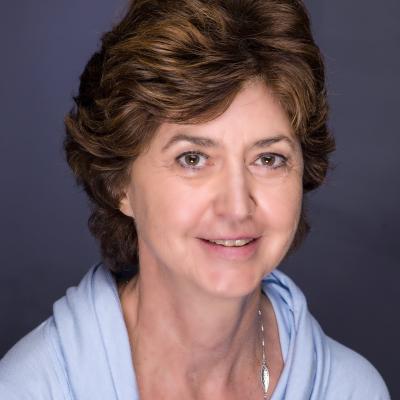 Nancy comes with twenty years’ experience as a Director of Photography on over 30 documentaries and feature films broadcast for England’s Channel 4, BBC, ABC, National Geographic, and PBS.  She has filmed in Europe, the US, Africa, India, Pakistan, Iceland, and Latin America. She was nominated for a Television Emmy for outstanding cinematography on The Human Face, (producer John Cleese). Among her work as cinematographer is Barbara Sonneborn’s Oscar nominated Regret to Inform, winner best documentary at Sundance, and Pratibha Parmar and Alice Walker’s Warrior Marks, Channel Four, London. Nancy graduated with an MFA from the Royal College of Art, London, and is a professor in production in the Radio –Television and Film Department at the University of Texas at Austin.

RECENT AWARDS
2009     Women Film Critics Circle award for “Courage in Filmmaking” in documentary
2003    Kodak faculty Award, one per year to a professor of cinematography in the US
2002     Emmy nomination, Academy of Television Arts for outstanding cinematography in non -fiction programming, Producer, John Cleese, The Human Face, TLC