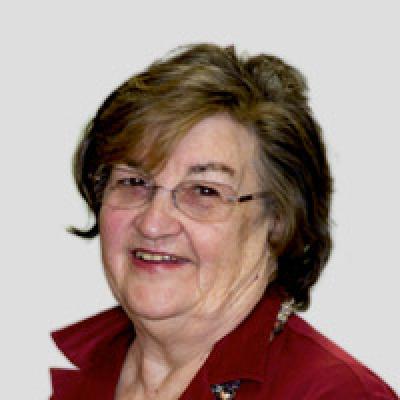 Dr. de Uriarte has long combined presswork and an academic career. She joined the Journalism Department in 1987 and became an affiliate of the Lozano Long Institute for Latin American Studies. In 1991 she became the second woman and first minority ever to be awarded tenure in the then Department of Journalism. Besides numerous articles and book chapters, she is the principal investigator or director of several grant-funded projects.

She is a 2010 recipient of a Kellogg Foundation three-year grant to collect the voices of long-time residents of East Austin displaced by ongoing intense gentrification of the area. Her teaching, research and publications have tracked this interest in social justice issues such as the exclusion of voice, minority invisibility and housing insecurity for more than 30 years. Her first investigative piece on this topic “40% of Foreclosures Involve Latino Owners” appeared in the L.A. Times on 12/26/1984. It detailed mortgage scams targeting Latinos and other ways to force out minority homeowners.

Her three-year Ford Foundation research grant also explored the curtailing of voice and patterns of newsroom exclusion. This study produced the comprehensive 2003 report released at the National Press Club in Washington D.C.— “Diversity Disconnects: From Classroom to Newsroom.”

Professor de Uriarte’s interest in cross cultural perspective and her curiosity about how key voices and details are omitted began early. Born in the United States, but raised in Mexico where her family had lived since 1828, she began comparing U.S. and Mexican reporting about Mexico around her family’s dinner table while in high school. These concerns eventually led her to Yale to pursue a doctorate in American Studies. Her dissertation: “Crossed Wires: U.S. Newspaper Constructions of Outside ‘Others’—The Case of Latinos” also reflects constructed “objectivity” and selected omission as part of newsroom routine.

An interest in re-defining news spurred her 1989 creation of the UT classroom publication Tejas, which, during its decade run, won several AEJMC awards before receiving in 1996, the coveted Robert F. Kennedy Memorial Award for Outstanding Journalism for articles about the experiences of migrant farm worker students.

She also designed a course teaching coverage of underreported communities. It is reputed to have been the first of its kind in U.S. journalism education as described in Pluralizing Journalism Education: A Multicultural Handbook (1993). This course was inspired by her eight years as an Assistant Editor and Staff Writer for the Los Angeles Times, which hired her to open Opinion pages to minority voices and to U.S. foreign policy issues related to Latin America.

Here too she broke new ground. “Battle For The Ear of The Latino,” 12/14/1980—a cover story for the cultural and entertainment section of the L.A. Times explored the conflict between the rapidly expanding Mexican owned Spanish-language television networks in the United States and their U.S. English-language counterparts that now sought to attract that population market. The resulting drama initiated an investigation of “foreign influence” by the F.C.C.

The year before (03/26/1979), she wrote an inaugural piece—“’Invisible market too often ignored” for Advertising Age, introducing the existence of a significant Latino consumer population to its readers. Here she drew upon her collection of several hundred examples of cross-cultural illiteracy in US. advertising directed at Mexicans and U.S. Latinos.

Her assignment to consider foreign policy topics led her to travel repeatedly to and to report frequently about Central America during the turbulent 1980s. A selection of these appears in apf Reporter published in 1982 by the Alicia Patterson Foundation. Her experiences in this realm later informed her interdisciplinary graduate courses about covering international crisis.

Currently, in addition to co-directing dissertations, consulting and free-lance writing, she is president of the New Journalism Project, a non-profit organization that produces the Rag Blog and Rag Radio.

She also works on projects with the Blackland Community Development Corp., which provides affordable housing in East Austin.

In 2010 she was honored as a Yale “Pioneer” for having been the first U.S. Latina to be accepted at Yale Graduate School. In 2004 she received a “Trailblazer” award for Career Excellence from Dialogs on Diversity, a Washington D.C. based international organization for women leaders in communication, education, entrepreneurs and non-profit leadership.

She is the recipient of a number of grants and other awards including a Fulbright Fellowship; a Kellogg Fellowship, an Alicia Patterson Fellowship, a Chicana Resident Research Fellowship at UC Santa Barbara, and a Russell Sage Media Fellowship administered by American Association for the Advancement of Science.