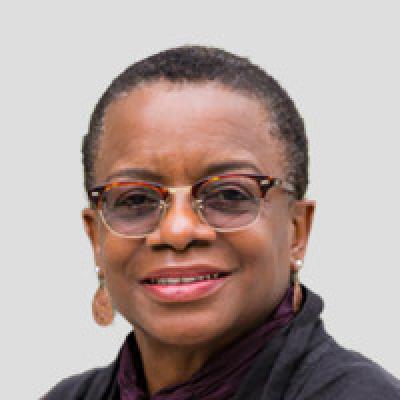 Kathleen McElroy is the director of the School of Journalism and a professor at The University of Texas at Austin.

She received her Ph.D. from the School of Journalism in December 2014, after nearly 30 years as a professional journalist. At The New York Times, she held various management positions, including associate managing editor, dining editor, deputy sports editor and deputy editor of the website. She previously worked for The National, an all-sports daily and Newsday on Long Island as well as the Austin American-Statesman, The Huntsville Item and the Bryan-College Station Eagle in Texas.

While earning her doctorate, she was a Harrington Graduate Fellow and received awards for teaching and research. Her research interests include racial discourse, collective memory, sports media and obituaries.

She previously was an assistant professor at Oklahoma State University, where she taught news reporting and sports media.

She received a Masters of Arts from New York University, with a focus on race and media, and a Bachelor of Arts in broadcast journalism from Texas A&M.