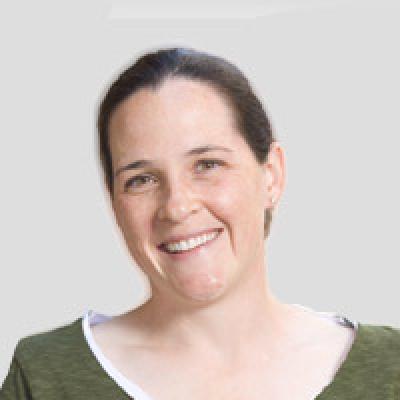 With almost 25 years in television news, Kate Winkler Dawson has worked as a field producer, line producer, and writer for some of the top news organizations in the country.

Her career started in Austin as an editor and associate producer at KVUE-24 and then as a producer at KEYE 42. While earning her BS in broadcast journalism at Boston University, Dawson worked as a freelance political field producer for WLVI in Boston. She was instrumental in their coverage of the 1996 New Hampshire presidential primaries.

She spent six months in London during her final semester at BU as a reporter for the United Press International wire service.

After graduation, CBS's flagship station, WCBS in New York, hired Dawson as a writer and field producer. She was a freelance producer there for more than five years. Dawson also spent two years as a freelance producer/off-air reporter for ABC Network News Radio and four years as a freelance show producer for Fox News Channel in New York, producing several of the networks' top-ranked shows. She headed Fox News Channel's San Francisco bureau for two years as their staff field producer, traveling all over the country for national news stories.

Dawson holds an MS degree in journalism from Columbia University and was on the faculty at Fordham University's journalism school in New York for two years where she was the faculty advisor for one of the student newspapers.

Dawson's foray into documentaries began in the spring of 2000 with her first film, "La Candelaria." Since then, her credits include co-director/co-producer of "Goldrush.com" (aired on ABC's Nightline), "Breaking the Barrier" (screened at more than ten film festivals world-wide), and "Grass Ceiling" (released theatrically for a short run at New York's Two Boots theater). “The Long Haul” premiered at the 2008 San Francisco Documentary Film Festival.

Dawson has taught at UT in the broadcast journalism department for almost nine years; before that, she was on the faculty at Marymount College at Fordham University in Tarrytown, New York. At Fordham, she supervised one of the campus newspapers while teaching journalism and English literature courses.

For three years, she was the faculty advisor for the new ABC News on Campus, a digital news bureau for college students at The University of Texas.

Dawson wrote the book "The Digital Reporter," released in 2014 by Kendall Hunt Publishing. Her debut nonfiction narrative, "Death in the Air: The True Story of a Serial Killer, London's Great Smog and the Strangling of a City (2017)," has been optioned for television development. Her second book, "American Sherlock: Murder, Forensics and the Birth of American CSI,” has been optioned by Netflix for TV series development.

She is the host and creator of the historical true-crime podcast, Tenfold More Wicked, on the award-winning Exactly Right network.