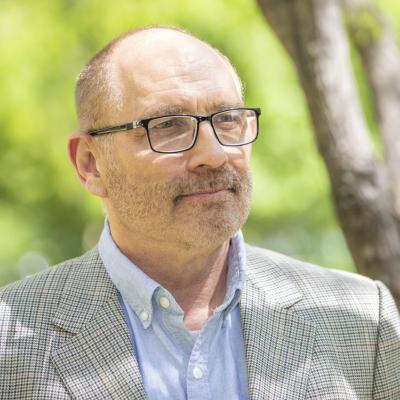 Joe Cutbirth is a lecturer in the Communication and Leadership major with appointments in the Communication Studies andJournalism departments. He also teaches in the UT-NYC program. His courses examine how leadership narratives are formed and used, the ethical implications of truth and deception, and the increasingly complex relationship between satire, propaganda and journalism in American politics.  His research has been published in Ethnography Matters, Media Ethics, and The Handbook of Intellectual Freedom. He has taught at the Columbia Graduate School of Journalism, New York University, University of Virginia, University of British Columbia, and University of Houston. Cutbirth is former statehouse reporter for the Ft. Worth Star-Telegram, editor of the Texas Observer, and politics blogger for Huffington Post. He was Texas Democratic Party communication director for Gov. Ann Richards and the Clinton-Gore re-election campaigns. He holds a Ph.D. in communication from Columbia University, an M.A. in communication, culture and technology from Georgetown University, and a B.J. in public relations from the University of Texas at Austin.