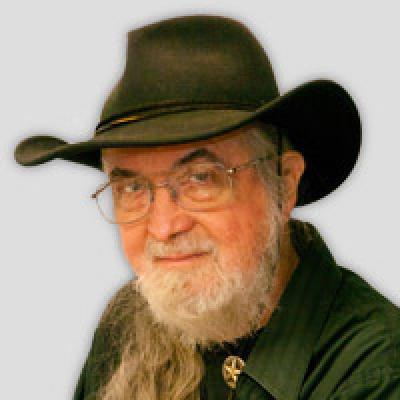 J. B. Colson began his study and practice of photography as a high school freshman. At Ohio University he studied under the direction of Clarence White for his BFA in photography. After serving as a Signal Corps photographer doing news and documentary photography in Central America, he finished graduate studies in documentary film at UCLA.

He made non-theatrical films in the Detroit area before teaching at the University of Texas, where he inaugurated an accredited program in photojournalism. For over twenty years he headed the program with students at the Bachelors, Masters, and Ph.D. levels. Students of the program have won 13 Pulitzer Prizes.

In the 1980s he worked in Mexico with Jean Meyer and the Collegio de Michoacan documenting village life in the Meseta Tarasca resulting in seven one man exhibitions. Since the 1990's he has been a student of Tibetan Buddhist philosophy and practice.

Professor Emeritus, School of Journalism and a fellow of The Center for American History at The University of Texas, he curently teaches a graduate course in the history and criticism of photography. He is a contributing editor to The Digital Journalist (digitaljournalist.org). He wrote the introduction to the recently published Russell Lee, Photographer.