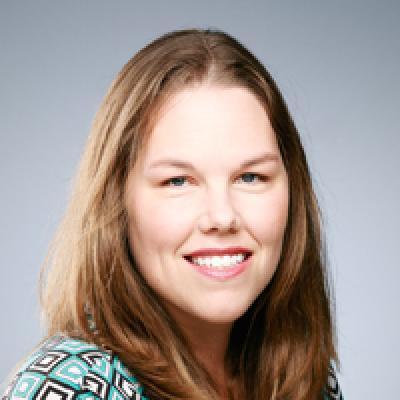 Amy Kristin Sanders is an award-winning former journalist, licensed attorney, and associate professor in the School of Journalism and Media. She is also an associate professor of law (by courtesy) at the School of Law and was selected as the first female editor of Communication Law and Policy. Before joining the UT-Austin faculty, she taught at Northwestern University’s campus in Doha, Qatar. Prior to that, she earned tenure at the University of Minnesota. Her research focuses on the intersection of law and new technology as it relates to freedom of expression. Specifically, she focuses on international and comparative media law and ethics issues, including media freedom, access to information and government transparency, freedom of speech, and social media and emerging technologies.

Sanders has authored more than two dozen scholarly articles in numerous law reviews and mass communication journals, including the Georgia Law Review, Tulane Law Review, the Journal of International Media & Entertainment Law, Federal Communication Law Journal, Journalism & Mass Communication Quarterly, and Journal of Civic Information. Her research has been funded by multiple grants, most recently from the National Science Foundation. She is a co-author of the widely recognized law school casebook First Amendment and the Fourth Estate: The Law of Mass Media, published by Foundation Press (Thomson Reuters).

In addition to her research, Sanders serves on the Board of Directors for the Student Press Law Center, a nonprofit organization that promotes, supports and defends the First Amendment rights of student journalists and their advisers. An expert witness and consultant to Fortune 500 companies on media law and ethics issues, Sanders has counseled international governments and law firms regarding regulatory proceedings, policy development, and pending litigation. She has been quoted by the Los Angeles Times, Bloomberg, Reason Magazine, Mother Jones, Wired, the Dallas Morning News, and numerous other media outlets. Sanders has published opinion columns in major newspapers, including in USA Today, the Houston Chronicle and the Austin American-Statesman.

As a teacher, Sanders has developed and taught courses on comparative media law, media ethics, surveillance technologies and media leadership. Her pedagogy work has been funded by grants aimed to increase the use of technology in the classroom and to develop blended-learning curricula. Sanders enjoys traveling abroad with students on both academic and co-curricular trips and has taken students to the United States, United Kingdom, and Vietnam.

Sanders worked as a copy editor and page designer for the Gainesville (Fla.) Sun, then a New York Times Co. newspaper. She earned a Ph.D. in mass communication from the University of Florida. She obtained her MA in professional journalism and her Juris Doctorate at the University of Iowa, where she focused her studies on media law and policy.