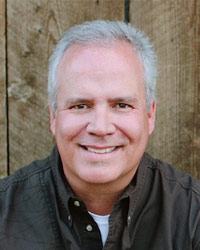 Tony is the founder of Dieste, Inc. and is a pioneer and recognized authority on connecting brands with cultures. Tony brings a wealth of expertise to companies and boards for helping them shape and build 21st century businesses and culturally relevant brands. His visionary leadership and creativity, complemented by energy and drive, has earned him a well-deserved reputation as an innovator who gets results.  He has been involved in many major developments in marketing, media and communications in the past 20 years.

Tony has both client and agency experience. Recently as an executive and private equity investor in the technology space from 2008-2011 -- and prior to Dieste, Inc. Tony was a partner with Tracy-Locke, Inc., where he invested in transformational communications platforms. Tony is self-proclaimed "techie" and has received dozens of industry awards including the coveted Cannes Lions (The Oscars of the Advertising Industry). He was named to the AAF “Hall of Achievement” and was named as one of the 100 Most US Influential Latinos in the US. Tony serves on multiple boards and is a founding member of the Dallas Latino Cultural Center. Tony enjoys kicking back at his ranch with family and friends.