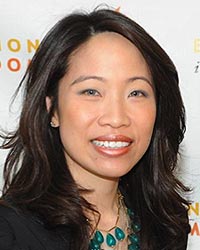 As the newly appointed President of the Greater Dallas Asian American Chamber of Commerce (GDAACC), Karen Liu Pang is the first female President for the chamber and brings a global vision for innovation and a stronger GDAACC with three strategic focus areas: Connect. Educate. Empower.

Not only is Karen an advocate of innovation but she is fully engaged and invested in it as she is currently a co-organizer for the Blockchain and Decentralized Tech SuperSummit. Her leadership and involvement demonstrates the importance that she sees in education, workforce development, and investment in the innovation space.

A committed community advocate, Karen has served in leadership roles for numerous organizations in North Texas throughout her career.  Karen was recently appointed by Texas Governor Greg Abbott to the Midwestern State University Board of Regents. She currently serves on the UT System Chancellor’s Council Executive Committee, Advisory Council for The University of Texas at Austin Moody College of Communication, Advisory Board of Break Bread, Break Borders, and she serves as the Nominating Chair for the Board of Directors of Friends of Fair Park. She also proudly supports Junior League of Dallas as a JLD Sustainer.

Karen grew up in North Texas and graduated from SMU Dedman School of Law with a Juris Doctorate and UT Austin Moody College of Communication with a B.S. in Advertising.  She currently resides in Hackberry Creek in Irving with her husband Roland and her son Russell Clark.