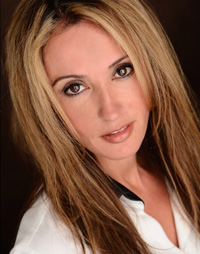 Cindy Garza graduated with a Bachelor of Journalism degree from The University of Texas in 1992. Upon graduation she went to work as an associate producer for KHOU Houston. Her first on air job was at KTSM El Paso as a television reporter. She then anchored and reported at KBTX Byran/College Station and KOCO Oklahoma City before landing at KPRC Houston.

Cindy has covered several stories and landed exclusive interviews for NBC network news and CNN, including the space shuttle explosion over East Texas, the release of three POWs in Germany, the notorious Texas railcar killer, and the Clear Lake, Texas woman who ran over and killed her cheating husband. Other stories include the Oklahoma City bombing, several hurricanes, including Mitch in Honduras, Drug Cartel killings in Juarez, Mexico, school shootings in Columbine, Colorado and Jonesboro, Arkansas, and the collapse of Enron.