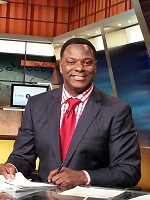 BRIAN JONES, Former NFL linebacker, Brian Jones is a college football studio analyst for CBS Sports and CBS Sports Network. He brings a wealth of football knowledge to the Network, and is featured in a variety of studio shows, including “COLLEGE FOOTBALL TODAY” on the CBS Television Network and “INSIDE COLLEGE FOOTBALL” on CBS Sports Network. Jones is also co-host of “Better Man Show”, a men’s lifestyle, health and fitness show. The Better Man Show airs nationally via syndication.

Jones graduated with a degree in Corporate Communications from the University of Texas-Austin. At Texas, he was an All-Southwest Conference Linebacker during his senior year in 1990. That season, Jones led the Longhorns with 116 tackles (71 solo) and five forced fumbles, helping Texas to a 10-2 record. Jones grew up in Lubbock, Texas and currently resides in Wellington, Florida and Weehawken, New Jersey.