The mission of the Moody College of Communication at The University of Texas at Austin is to advance and enhance society through the study and practice of human communication. We pursue our mission through world-class teaching, scholarship, public service, and our shared commitment to collaboration that bridges disciplines within the college, across the university, and around the world. We draw energy and inspiration from the vibrant community of Austin, Texas to reinforce our core values of knowledge, innovation, collaboration, diversity, creativity, and integrity. We all firmly believe that the communication arts and sciences are fundamental for humanity, critical for community, and essential for prosperity.

The university was formally opened on September 15, 1883. In 1899, Oratory was a popular subject, as taught by Edwin DuBois Shurter. The Department of Public Speaking (now the department of Communication Studies) at UT Austin was established in 1899, and the School of Journalism began in 1914. In 1952, Journalism moved into its own building. 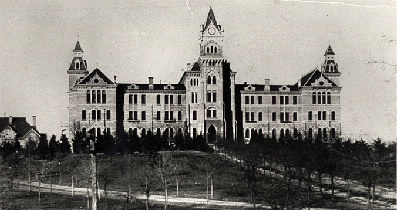 An early interest in broadcasting on campus resulted in the formation of the Department of Radio-Television-Film. In 1921, a radio station was established to conduct experimental work in radio communication, and by the 1930s what was probably the first television broadcast in Texas originated on this campus. The first degree program in broadcasting began in 1939.

Established in 1941 with the founding of The University of Texas at Austin Speech and Hearing Clinic and the introduction of course work leading to Texas Education Agency certification, the program of Communication Sciences and Disorders is the oldest program of its kind in the state of Texas. Originally housed in the Department of Speech Communication, a separate Department of Communication Sciences and Disorders was established in 1998.

Established in 1958, KUT-FM Radio (90.5 FM) provides informational, cultural, and educational programs to The University community as well as throughout Central and West Texas. 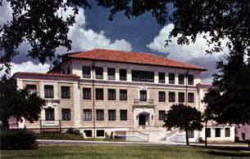 In August 2012, a new building, the Belo Center for New Media, opened its doors for classes. Located at the northeast corner of Dean Keeton and Guadalupe Streets, the $54.8 million Belo Center provides interactive classrooms and meeting space for more than 4,600 students in the College and houses the adjacent KUT Public Media Studios. The 120,000-square-foot building includes lecture halls, auditoria, student offices and meeting rooms, as well as spaces for film screenings and conferences for all college departments.