Diversity in Media Symposium
Queer Futures: Media and Communication at the Intersections
Register to attend

The Office of Diversity, Equity, and Inclusion at the Moody College of Communication presents the 2nd annual Diversity in Media Symposium in Spring 2022. Each academic year, this symposium will commit itself to exploring an aspect of diversity, equity, inclusion, accessibility, and social justice across the media ecosystem.

This year’s symposium is titled “Queer Futures: Media and Communication at the Intersections”. It will feature practitioners from LGBTQIA+ communities operating across the media and communication landscape. Conversations will highlight the layered representations of queer communities throughout the media and communication industry and emphasize meaningful intersections with issues of economic justice, climate justice, racial justice, health justice, migrant justice, and more. 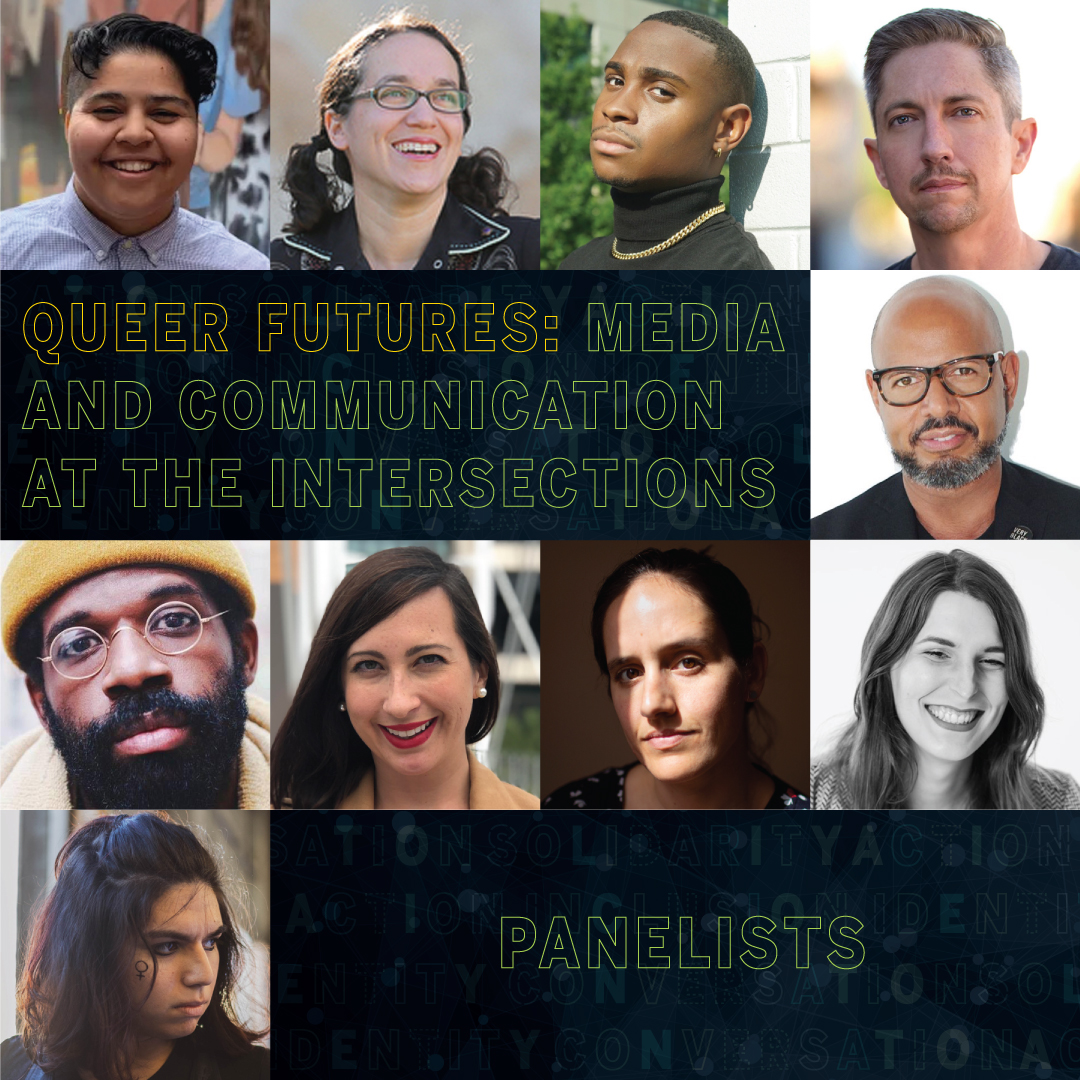 Queer Futures: Media and Communication at the Intersection

April 6-7th (Central Time)
Virtual; free and open to all 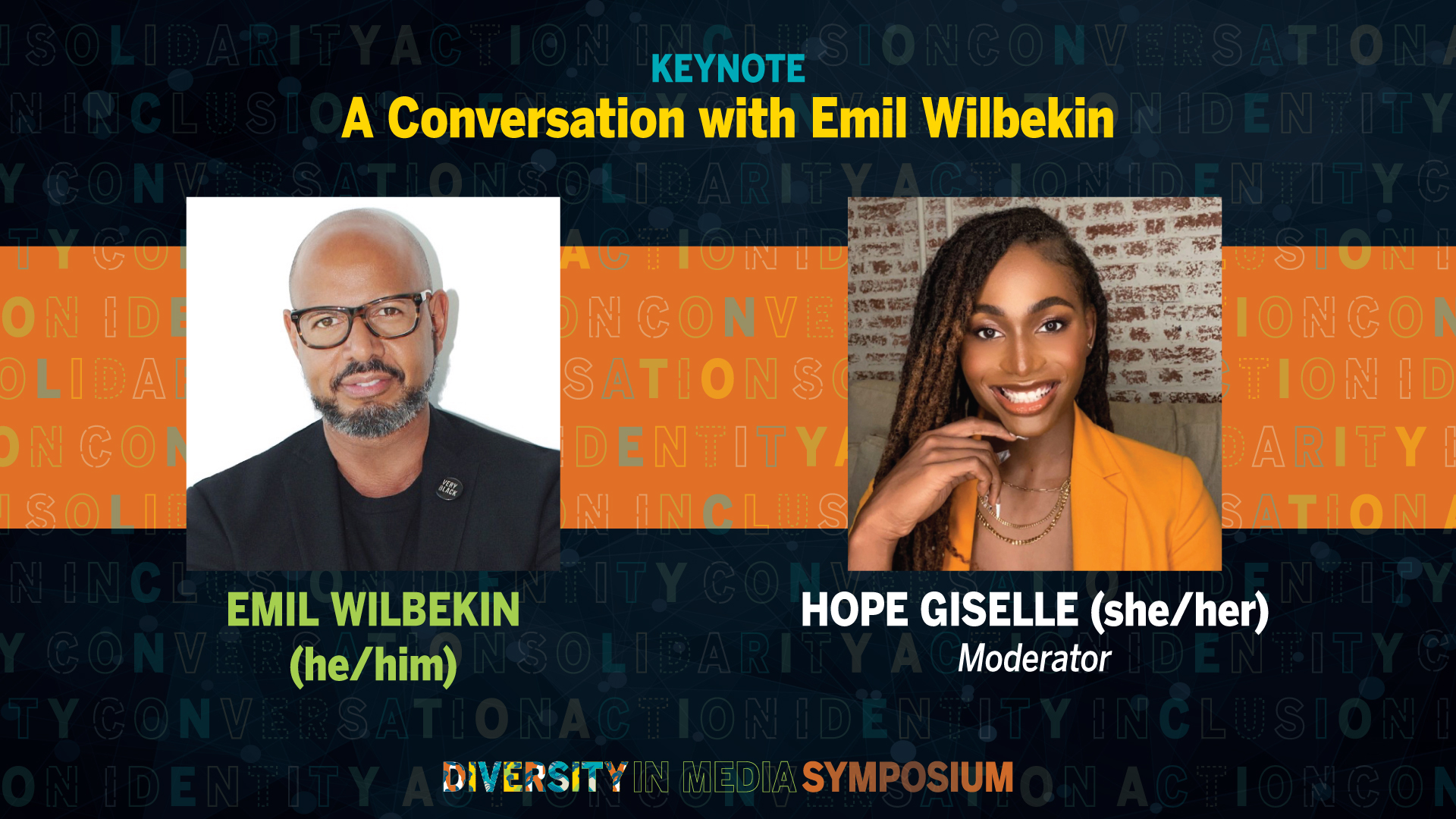 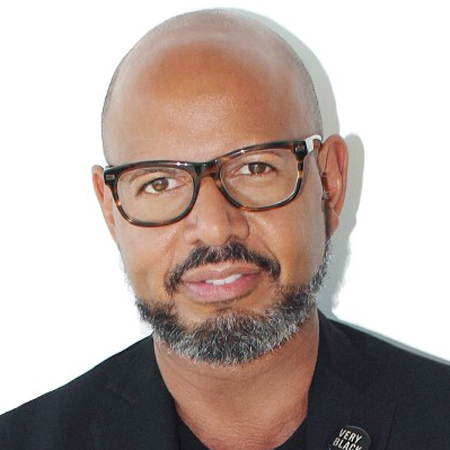 Emil Wilbekin is the Founder of Native Son, a platform created to inspire and empower Black Gay Men.

Wilbekin holds a B.S. in Mass Media Arts from Hampton University, and an M.S. in Journalism from Columbia University. He resides in New York City. 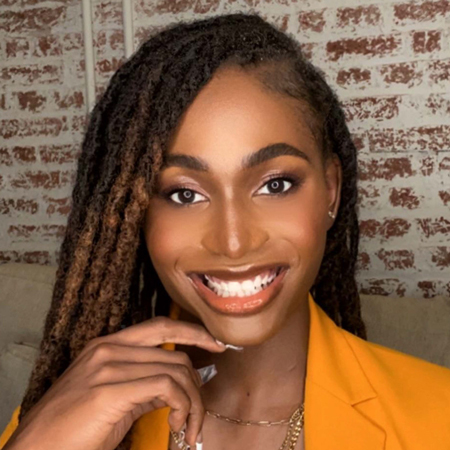 Miami native Hope Giselle got her start in activism, facilitation, and inclusion while in College at Alabama State University. Helping to found and govern the conservative school’s FIRST LGBT organization. Giselle ultimately graduated with a masters in Fine Arts as the first openly trans woman to do so at the institution after acquiring certifications from both Harvard and SHRM Giselle hit the ground running with her modern social take on trans and black bodies in both public and private spaces. Giselle made a name for herself through a nearly 10-year career as an activist, master facilitator and author has now founded her own non-profit organization (AllowMe) while serving as a master inclusion specialist and HR consultant by contract. Hope now serves as the Director of Get Phluid and Chief Community Outreach Consultant at Plume health, while still working with organizations like HRC, freedom for all Americans, LGBT University, ITEquality and TransTech Social to help ensure that the voices of the communities she's a part of are heard.

Hope is the author of Until I Met Black Men and Becoming Hope: Removing the Disguise. 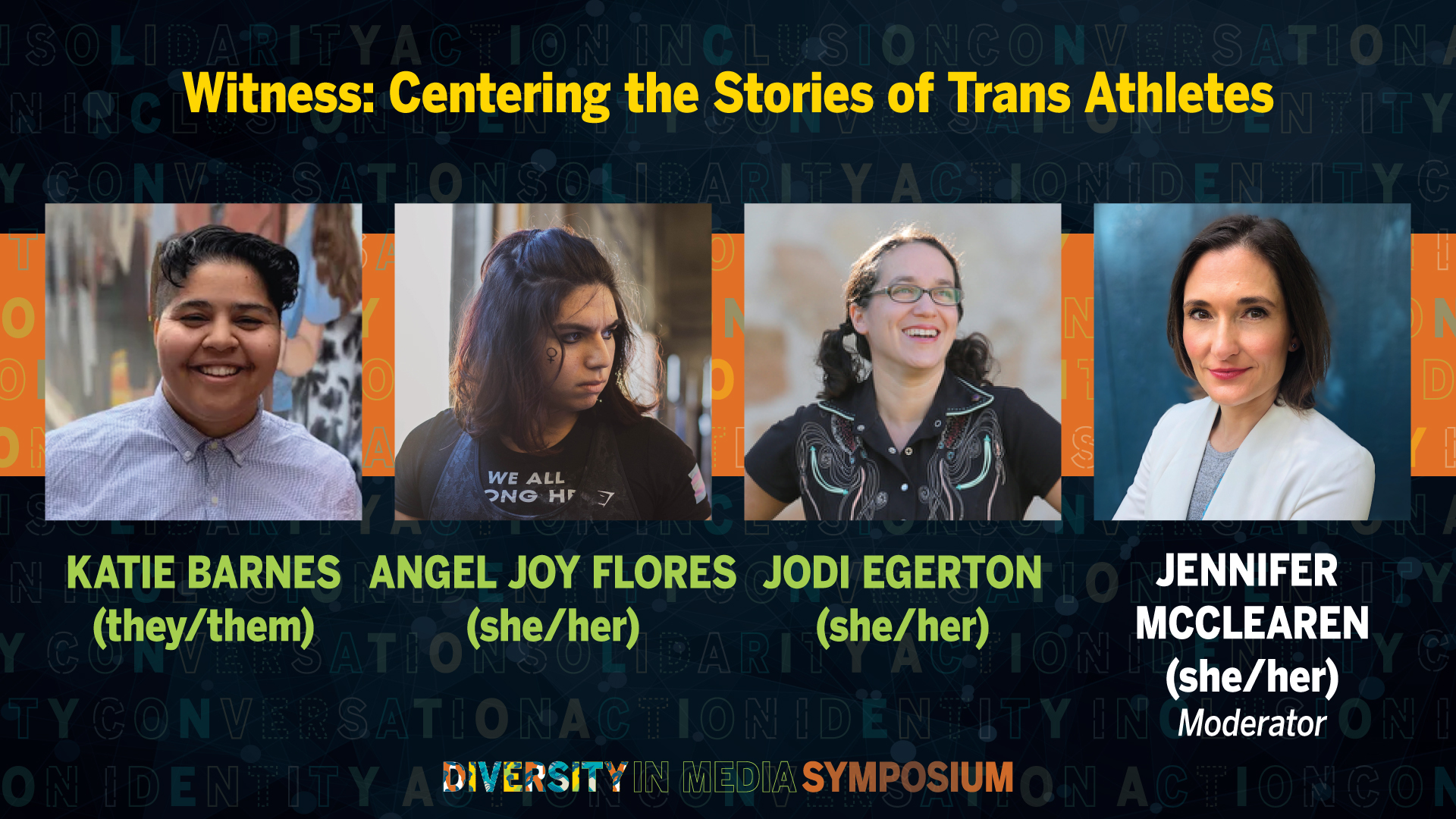 Texas House Bill 25 sent shockwaves across the state, forcing many adolescent transgender student athletes and their parents to wonder if they’d ever be able to participate in athletic competition on a level playing field. Centering the voices of trans athletes, sports journalists and the parents of trans athletes, this conversation will not just speak to the anti-trans legislation being used to intimidate and further marginalizes those in the trans community, but will also be a forum where those within the community and those in allyship with them speak to the strategies being used to fight, resist, and thrive. 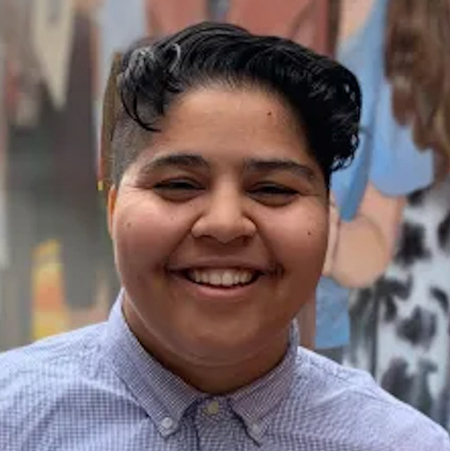 Katie Barnes (they/them/their) is a feature writer at ESPN, covering culture, LGBTQ issues, women’s basketball, collegiate softball and women’s combat sports. Since joining ESPN, Barnes has written on a variety of topics, such as transgender athletes, racial justice and Hollywood stunt doubles. Their articles on high school transgender athletes have earned them two GLAAD Award nominations. They were also a producer on the 30 for 30 short Mack Wrestles. Barnes holds a BA in history, Russian studies and American studies from St. Olaf College, and an MS in student affairs and higher education from Miami University (OH). They were named the 2017 Journalist of the Year by The Association of LGBTQ Journalists. 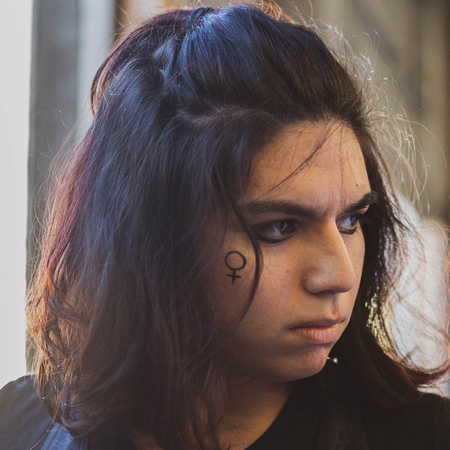 Angel ArkangelFlores, she/her, is a Trans Strength Athlete, Advocate, and Creator focused on changing the narrative of gender in both sport and the fitnessindustry. By challenging transphobia and sexism in these spaces, she aims to not only empower her own community, but also the wider community of women and youth around the world. At the intersection of Netflix fame, athlete notoriety, and influencer infamy, she looks to be a bridge between on-the-ground activism and large branded voices. And, as a former Longhorn, she is VERY passionate about the communities she has built, and the work she has put in. 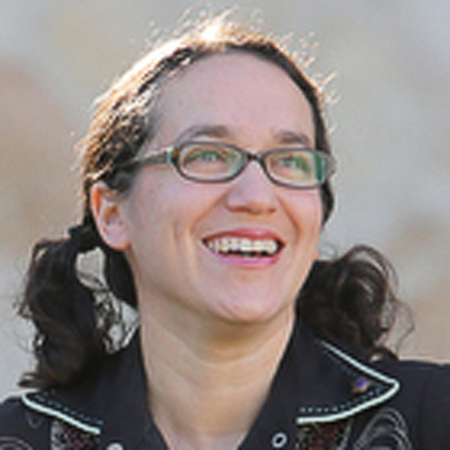 JodiEgerton (she/her) is learning the rules of volleyball and basketball as she cheers on her thirteen-year-old trans daughter. Jodi has a Ph.D. in English from the University of Texas at Austin, and works as the Project Director for CreativePickle, a local design agency. With her spouse Owen Egerton,Jodico-wrote the creativity and writing craft bookThisWordNow.Jodialso works as awordslingerforTypewriterRodeo, creating custom, on-the-spot poems on a vintagetypewriter. You can hear her onTypewriterRodeo’s weekly Texas Standard segment on KUT. Her athletic accomplishments are limited to wobbly cartwheels on the field of the 1980 kindergarten soccer team the Strawberry Shortcakes. 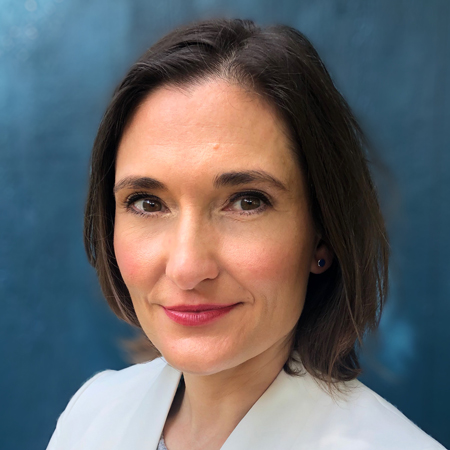 Jennifer McClearen is an assistant professor of sports, media, and culture in the Department of Radio-Television-Film at the University of Texas at Austin where she's also an affiliated faculty member with the Center for Sports Communication and Media. Her research focuses on women's sports and sports media industries and she recently published a book called Fighting Visibility: Sports Media and Female Athletes in the UFC. Dr. McClearen also has a particular interest in cultural discourses around trans women and girls' participation in sports and the ways the media reflect and constitute these discourses. 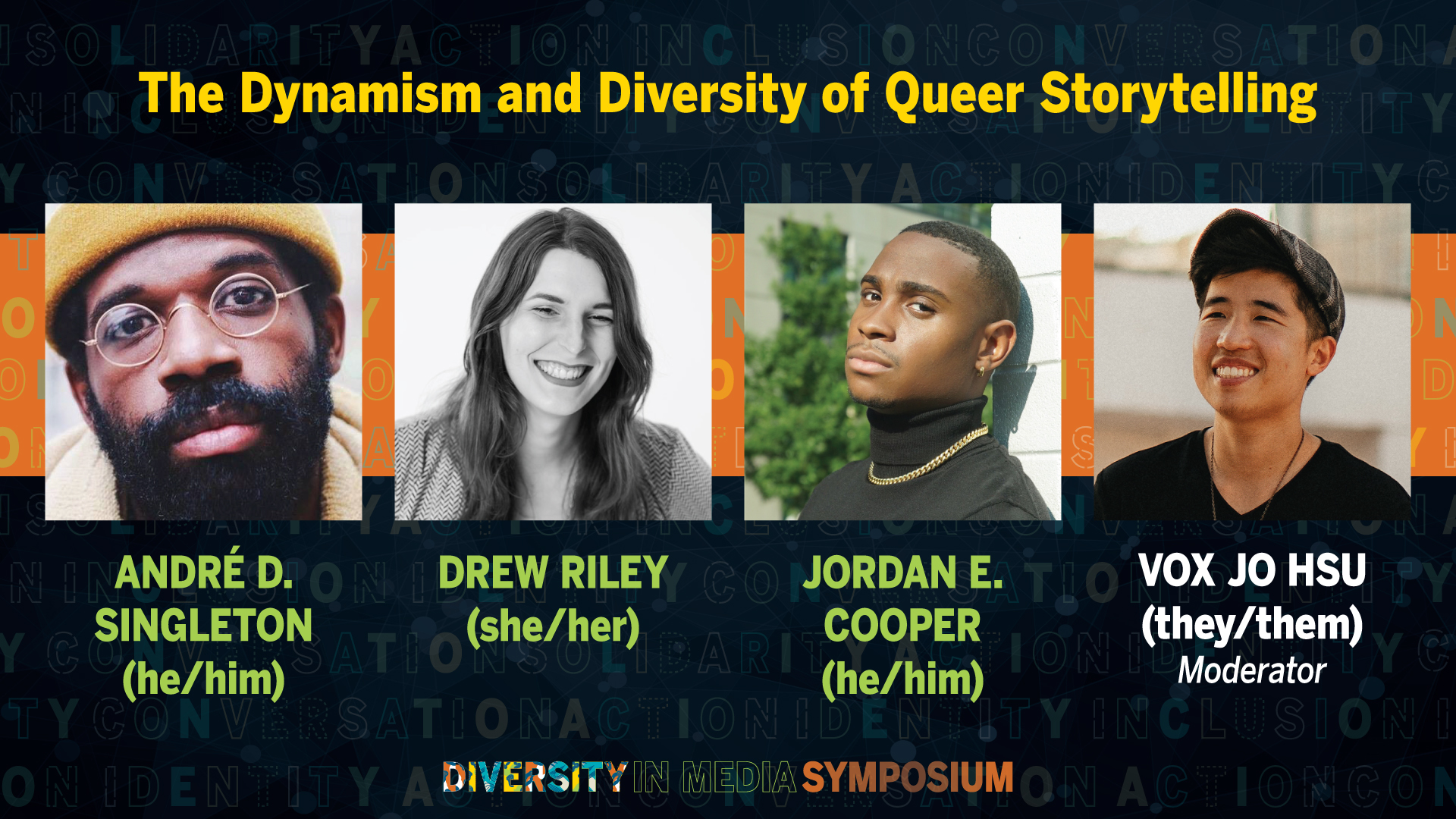 LGBTQIA+ artists have often been forced to create in the shadows and on the sidelines, under conditions of scarcity, violence, and exclusion—more so for LGBTQIA+ artists who are further marginalized by differences of race, ethnicity, ability, generation and beyond. But recent years have not only seen more LGBTQIA+ storytellers take center stage but have also seen them dynamically transform their respective creative cultures and industries. This panel will feature artists whose work is not only queerly trans*gressive, evocative and ground-breaking, but whose very existence speaks to the power of using one’s creative voice as a tool of resistance. 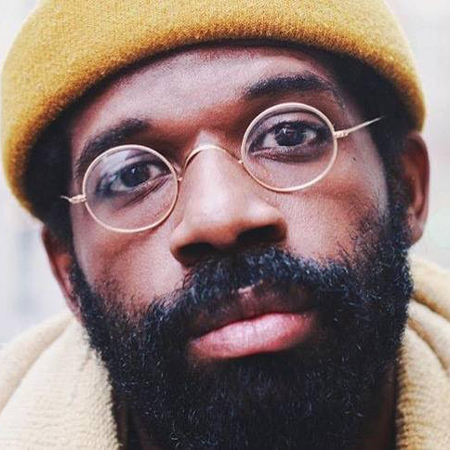 André D. Singleton aka Bloodstone is a Bay Area based educator, human rights activist, death midwife and multi-disciplinary artist born in Kansas City, Missouri. Widely known as the co-creator of ‘The Very Black Project,’ a well-known and revered social awareness initiative that celebrates the African Diaspora. He is a thread within a fabric of pioneers on a mission to unite people from an abundance of cultural backgrounds. Continuously enduring the long term side-effects of a terminal illness and embracing his sexuality as a Black gay man in a very anti-Black, anti-artist, anti-sick and homophobic society has empowered Singleton to approach life with a fierce determination to be free and embracing of his truth while inspiring others to get and stay free. Singleton’s work continues to inspire courage, pride, and vulnerability, encouraging people all over the world to respect one another so that our communities might remain enriching for us all. Very Ubuntu. 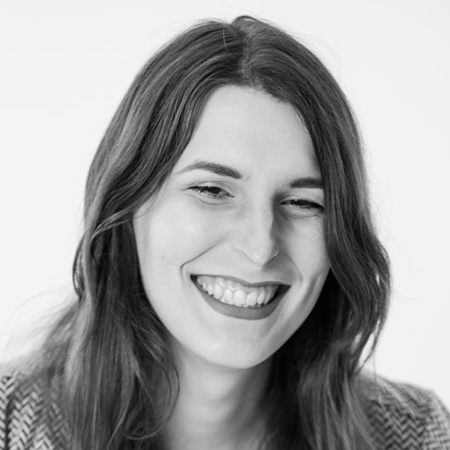 Drew Riley is an award winning artist based in Austin, TX who uses portraiture and storytelling to explore the complexities of gender. Her series, Gender Portraits, documents trans, intersex, and gender nonconforming people through vibrant acrylic paintings paired with written accounts of the subjects’ experiences. 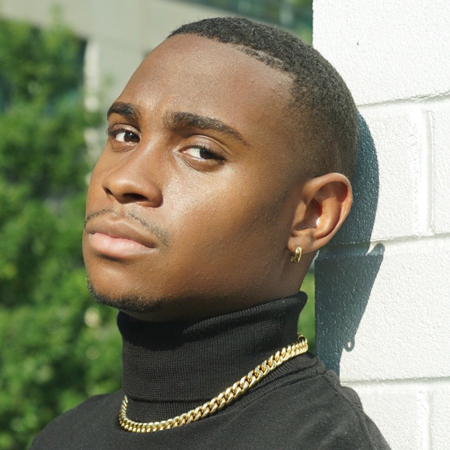 Jordan E. Cooper is an OBIE Award winning playwright and performer who was most recently chosen to be one of OUT Magazine’s “Entertainer of The Year”. Last year, he starred in a sold out run of his play Ain’tNo Mo’ which was a New York Times Critics Pick. Jordan created a pandemic centered short film called “Mama Got a Cough” that’s been featured in National Geographic and was named ‘Best Of 2020’ by The New York Times. He was also featured on the final season of FX’s POSE as “MC Tyrone”. He recently created and Executive Produced his first Television project “The Ms. Pat Show” which is an R-rated ‘old school’ sitcom that premiered to record breaking numbers on BET+. 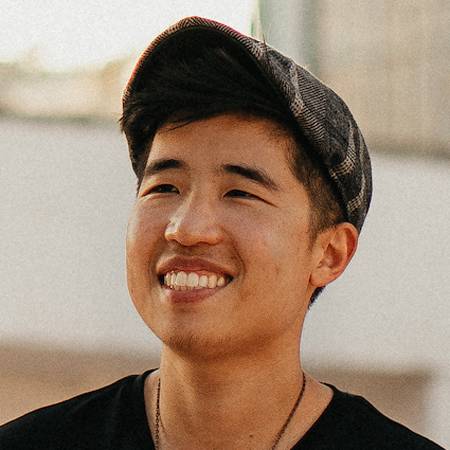 Jo Hsu (they/them) is an assistant professor of Rhetoric and Writing, core faculty in the Center for Asian American Studies, and a faculty affiliate of the LGBTQ Studies Program at the University of Texas at Austin. They are the author ofConstellating Home: Trans and Queer Asian American Rhetorics(forthcoming Fall 2022, Ohio State University Press). Their research examines the role of storytelling in enforcing and resisting structural inequalities, and their writing has appeared in major disciplinary journals and nominated for a Pushcart Prize. You can access most of their work via www.vjohsu.com. 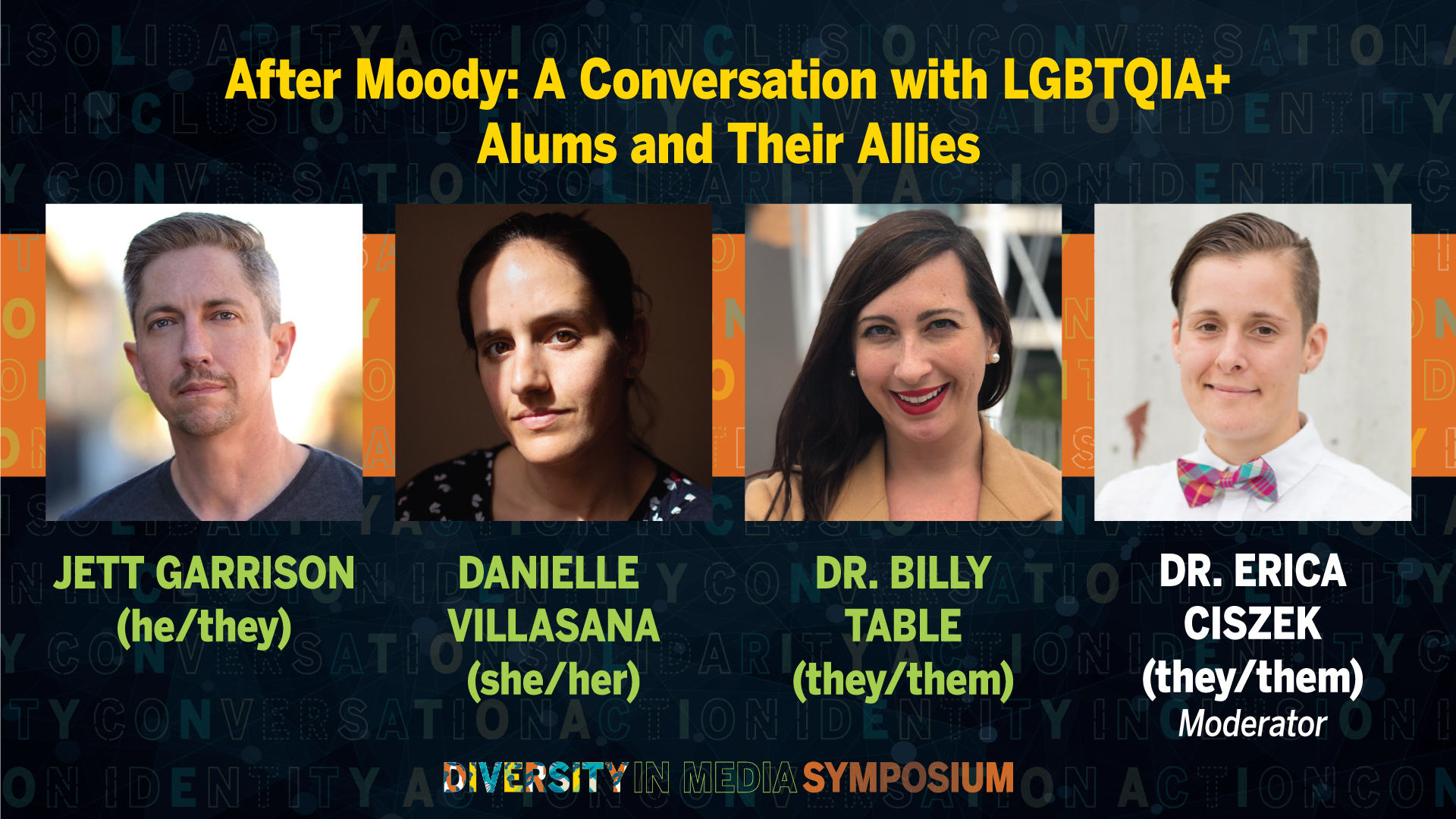 LGBTQIA+ students are essential members of the Moody community and have been integral in shaping the present efforts and future ambitions of the college. We’ve invited three accomplished Moody alumni whose professional work has centered LGBTQIA+ communities in diverse and compelling ways. They will discuss their career paths, how questions of personal identity influence their work, and offer guidance for Moody students embarking on their own professional endeavors. 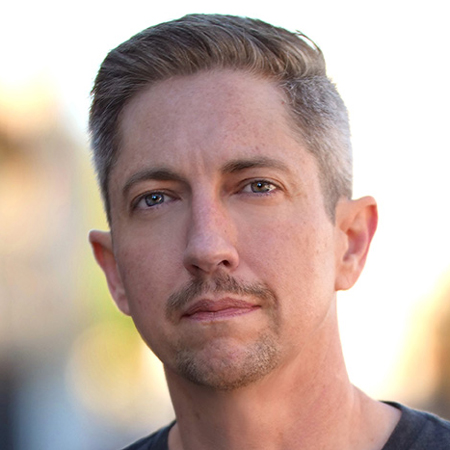 Jett Garrison is a Los Angeles-based, Transgender award-winning director, WGA writer and producer whose work has shown in over 100 film festivals worldwide. As a storyteller, Jett explores themes of queerness, chosen family and marginalized communities. He’s known for The CW Network’s reboot of THE 4400 and directing the digital series THESE THEMS, winning the Best Director Award from Chicago's Pride Films Festival. He's also won an Emmy and been nominated for an Oscar for his short film work. He’s currently in development on several pilots and feature film scripts as a writer and as a writer/director.

Jett started his filmmaking career in Austin, Texas where his first feature documentary premiered at SXSW. Through Film Independent’s PROJECT:INVOLVE Program, Jett’s work was sponsored by NBC/Universal and featured in Vanity Fair. Jett was also a fellow in SONY’s inaugural Diverse Directors Program and was recently invited to participate in Ryan Murphy’s HALF Directing Program. Jett holds an M.A. in Media Studies and an M.F.A. in Film Directing from the University of Texas at Austin. 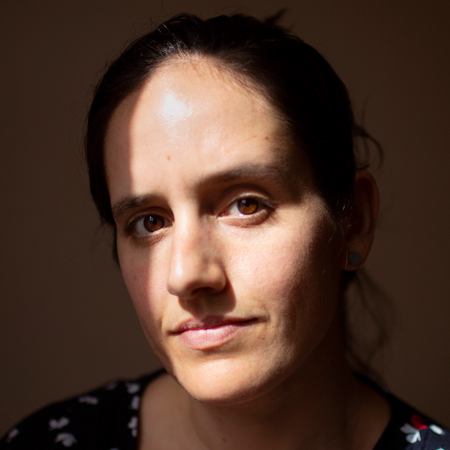 Danielle Villasana is a photojournalist based in Istanbul whose documentary work focuses on human rights, gender, displacement, and health around the world. She’s a National Geographic Explorer, a Women Photograph grantee, a Magnum Foundation awardee, and an International Women's Media Foundation fellow. Danielle strongly believes in pairing photography with education and community. She’s co-founder of We, Women, an Authority Collective board member, on The Everyday Projects’ Community Team, and a Photo Bill of Rights co-author. She’s also a member of Women Photograph and Ayün Fotógrafas. Ultimately, Danielle works by the words of Donna DeCesare:“You are a human being first and a journalist second.” 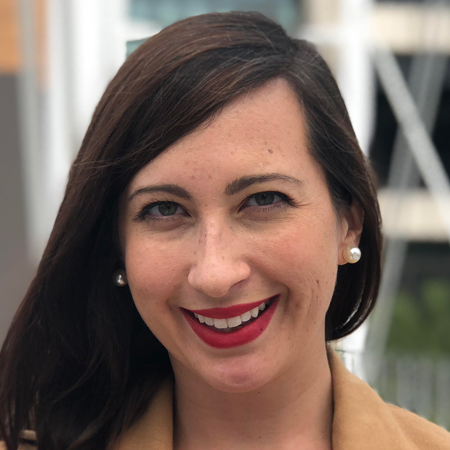 Dr. Billy Table is a UX Research Consultant at AnswerLab, faculty at Widener University’s Center for Human Sexuality Studies, and a Moody CMS alum. Billy earned their PhD in Communication Studies with a focus on interpersonal health communication in Spring 2020 and completed a postdoc dually appointed to the UT-Austin Center for Health Communication and the Dell Medical School in the Department of Population Health last year. As a researcher and educator, Billy has been dedicated to exploring difficult conversations, issues of accessibility, and the development of tools for more effective communication. 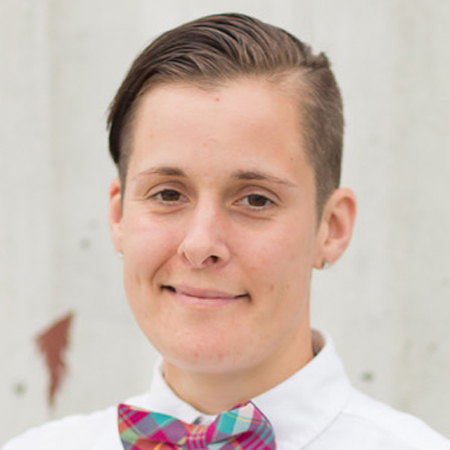 Dr. Erica Ciszek is an Assistant Professor at the School of Advertising & PublicRelations at The University of Texas at Austin. Their research explores the intersections of strategic communication, activism and social change to challenge the field to think more complexly about the relationship between power and resistance. They engage in theoretically and empirically rigorous work, engaging dialogically with hard-to-reach populations and hard-to-study groups, groups that are marginalized and vulnerable and difficult to represent. Ciszek’s research has been published in the top journals in the communication, including theNew Media & Society, Journal of Communication, Social Media & Society, as well as advocacy journals such as theJournal of Public Interest Communication and Journal of Homosexuality.