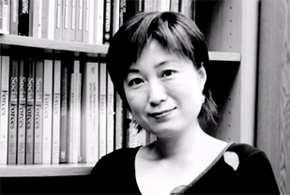 Wenhong Chen’s research focuses on the social implications of new information and communication technologies for social networks and social capital. Dr. Chen’s work has appeared in Journal of Computer Mediated Communication, Entrepreneurship Theory & Practice, Information, Communication & Society, City & Community, and Management and Organization Review. Her research has been funded by the Pew Internet and American Life Project, the Social Sciences and Humanities Research Council of Canada,Asia Pacific Foundation of Canada, Advanced Micro Devices, and Bell Canada. Among her awards are the IDEA Award, Entrepreneurship Division, Academy of Management and the Young Scholar Award of the International Association of Chinese Management Research. Dr. Chen has participated in the design of several national sample surveys in the US, Canada, and China and developed an array of survey instruments to measure social networks and the use of information and communications technologies.

The Internet and digital media have become conduits and locales where hundreds of millions of Chinese share information and engage in creative expression and social participation. Yet, compared to their growing prevalence and significance, research on the contingent, non-linear, and sometimes paradoxical impacts of digital media and technologies in Chinese societies remain theoretically underdeveloped and empirically understudied. Departing from previous studies centered on censorship or online activism, this conference casts a wider net and explores how people navigate, negotiate, and transform social landscapes rooted in the Chinese context, revealing both the power and limitations of the Internet and other digital media and communication technologies.

Funded by internal grants at UT, the project surveyed 94% of the 630 undergraduate students enrolled in two RTF305 online and offline courses in Fall 2011 and conducted 47 in-depth interviews by Feb 2012. It focused on how digital and traditional media use affected civic engagement, political participation, and psychological wellbeing of college students.

Collaborating with Joe Straubhaar and the Office of Telecommunications, City of Austin, we completed a random sample survey of 1701 Austin residents in 2011, exploring the relationship between Internet use, social networks, and global media flow.

This research examined how the Internet and mobile phones affected the ways in which people worked and networked in the American workplace and how the positive and negative ICT impacts were distributed along various dimensions of social inequalities such as class, race, and gender. The project was funded by the Pew Internet and American Life Project in 2008.

Collaborated with Barry Wellman, I conducted the TIE Project from 2003 to 2007, which used mixed methods to examine how Chinese entrepreneurs relied on glocalized networks and the Internet to engage in transnational entrepreneurship. The project was funded by the Social Sciences and Humanities Research Council of Canada, Asia Pacific Foundation of Canada, and Bell Canada.

Chen, Wenhong. “The Impacts of Social Capital on the Digital Divides in America.” The Information Society 29(1):13-25. .

Chen, Wenhong. “The Impact of Internet Use on Transnational Entrepreneurship - the Case of Chinese Immigrants to Canada.” Pp. 197-220 in New Technologies in Global Societies, edited by P. Law, L. Fortunati, and S. Yang. World Scientific Press.

Boase, Jeffrey, Wenhong Chen, Barry Wellman and Monica Prijatelj. “Is there a Place in Cyberspace: The Uses and Users of Public Internet Terminals.” Culture et Géographie 46: 5-20.

Chen, Wenhong, Jeffrey Boase, and Barry Wellman. “The Global Villagers: Comparing Internet Users and Uses around the World.” Pp. 74-113 in The Internet in Everyday Life, edited by B. Wellman and C. Haythornthwaite. Oxford: Blackwell.