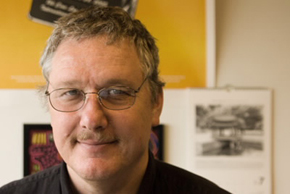 Professor Joseph D. Straubhaar is the Amon G. Carter Centennial Professor of Communications in the Department of Radio-TV-Film (RTF) at the University of Texas at Austin. He is also Studies Area Head in RTF and Associate Director for International Programs of the Technology and Information Policy Institute at the University of Texas. He was the Director of the Center for Brazilian Studies within the Lozano Long Institute for Latin American Studies, 2003-2006. Dr. Straubhaar is just finishing a study of new media use and cultural capital formation by multiple generations in Texas and Portugal. He is currently working on a study of migration and media use by Latinos in Austin, Laredo and San Antonio. He is also working on a comparative project of media developments in the BRICS countries (Brazil, Russia, India, China, South Africa), and a related study on the impact of old empires, such as the Chinese, English and Spanish, on current regional television spaces and markets.
[ Download Full Bio ]

Featured Work: Global, Hybrid or Multiple? Cultural Identities in the Age of Satellite TV and the Internet

There is a strong presumption by many that rst satellite TV in the 1990s and now the Internet in the new millennium has begun to strongly globalize people’s identities. However, many questions lurk behind this surface of apparent change. What is truly easily available to people, not only in physical access, but also in terms of effective access to understand or enjoy? How many new information and entertainment sources are truly global, versus transnational, national, regional and local? What are people actually choosing to read and watch amongst all these new options? [ Download PDF ]

Chindia in the context of emerging cultural and media powers

This essay aims to put the relationship of China and India – Chindia – in the context of other emerging cultural and media powers in a somewhat, but far from completely, transformed world or global system. It examines their globalization in terms of Appadurai’s (1990) set of landscapes and of asymmetrical interdependence (Straubhaar, 1991). It explores their relations with the existing core powers, with each other, and with other less developed nations and cultures. [ Download PDF ]

Multiple Proximities Between Television Genres and Audiences: The Schism between Telenovelas’ Global Distribution and Local Consumption

How can a Mexican telenovela be more attractive to viewers in Brazil than a nationally produced telenovela? This seems to be the question posed by the increasing transnational ﬂow of cultural products. Most of the data indicate that viewers prefer locally produced programs. Nevertheless, some of the transnational success of Latin American telenovelas abroad seems to question this truism. This article argues that audience preferences are formed within the overall trend toward cultural proximity within both national and cultural-linguistic boundaries. However, within this logic of cultural proximity, other forces also apply. It is important to understand cultural proximity working not only at the national and supranational levels but also at the subnational and regional spheres. With this in mind, the authors ﬁrst examine the attraction or proximity of genres, from the virtually global attraction of melodrama, as a macro genre, to subgenres within the telenovela. Second, they discuss the sense of shared historical experience of speciﬁc groups within nations and how this particular form of proximity might operate at the reception level. [ Download PDF ]