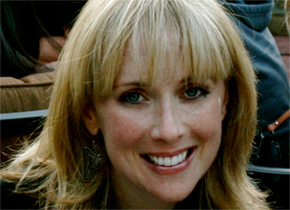 Jennifer Brundidge's research revolves around the question of how communication technology affects individual citizens, social structures, and democratic processes. Most of her work is centered on two main areas: (1) the impact of the Internet on deliberative democracy and selective exposure and (2) shifting dynamics in news use and political discussion in the contemporary public sphere.

Featured Work: Does the Medium still Matter? The Influence of Gender and Political Connectedness on Contacting U.S. Public Officials Online and Offline

This study employs a secondary analysis of U.S. nationally representative data from the Pew Internet 2008 civic engagement survey (N=2251) to examine the degree to which contacting public officials both online and offline is explained by the variables of gender and political connectedness. We find that while women are somewhat less likely to contact public officials through direct means, such as emailing or writing a letter, they are more likely to sign petitions, offline and especially online. Gender gaps in direct forms of contact are smaller in the online context than the offline context.We additionally find that that gender moderates the relationship between political connectedness developed via social networking sites and contacting public officials, such that women gain even further advantage in signing online petitions, but also gain further disadvantage in writing a letter/calling public officials and signing offline petitions. Finally, we find that political connectedness,achieved via social networking sites and offline contexts, is related to contacting public officials through both online and traditional means, suggesting a blurring of offline and online worlds. [ Download PDF ]

Research has established the positive relationship between news consumption,interpersonal discussion, and political participation. New insights within this framework have tested the positive effect of blog use in the political domain. Based on national survey data, this study proposes novel advances by distinguishing between a less involved blog use (consumptive), such as reading entries and comments, and a more active blog use (expressive), such as posting comments on other people’s blogs and on one’s own blog. Results indicate expressive blog use is directly related to political participation, online and offline, and interpersonal reasoning processes, including reasoning and disagreement, whereas consumptive blog use is not. Furthermore, the relationship between expressive blog use and participation is mediated by exposure to weak ties. [ Download PDF ]

We consider a form of media effect involving comparisons between similar events or problems that differ in magnitude along some common dimension. We propose that such comparisons involve “ordinal priming” when they establish a single schema for evaluation and suggest a rank order among two or more cases, as in the statement that the current economic crisis is the worst since the Great Depression. We explore the direction of opinion shift in ordinal priming using an experiment involving four issues. Results show that, on two of the four issues, comparisons shift opinion about the target issue in the direction of assimilation toward more negative assessment. We find that this effect is contingent on the issue and is moderated by cognitive sophistication. [ Download PDF ]

Encountering "Difference" in the Contemporary Public Sphere: The Contribution of the Internet to the Heterogeneity of Political Discussion Networks

Political Discussion and News Use in the Contemporary Public Sphere: The "Accessibility" And “Traversability” of The Internet

This article is directed toward understanding the impact of Internet use on the accessibility of politically relevant online discourse (news and political discussion) and about the extent to which these forms of discourse are meaningfully and intimately connected. Through the use of nationally representative survey data,findings suggest: (1) when compared to o" ine counterparts, SES and political knowledge are equally, if not more relevant to frequent use of online news and engagement in online political discussion, suggesting that Internet use has contributed to a slightly less accessible public sphere; (2) when compared to o" ine counterparts, the relationship between online news and online discussion is the strongest, suggesting an especially intimate and important connection between the two forms of discourse. [ Download PDF ]

The Internet, with its vast and often revolutionary array of politically relevant discursive spaces—news sites and forums of political discussion—has stimulated renewed interest in traditional debates surrounding both the structural arrangements of news and political discussion, and their impact on citizens. As suggested by the “classic public sphere,” deliberative democracy must have a strong structural/institutional foundation. One sign of strength involves access. Another sign of strength involves the extent to which news and political discussion are meaningfully connected in time and space, allowing people to traverse with relative ease from one to the other. This article is directed toward examining the impact of Internet use on the accessibility and “traversability” of the contemporary public sphere. [ Download PDF ]

Observations of the contemporary news media landscape tend to settle at the nexus of increased ideological polarization and the blurring boundaries between mass and interpersonal communication. This study explores this nexus though a focus on the participatory outcomes associated with ideologically oriented online news use. We hypothesize that frequent exposure pro-attitudinal sites mobilizes citizens by combining homophilous interpersonal interaction and news use, but that exposure to counter-attitudinal sites can undermine this relationship by disrupting homophily and fostering intrapersonal ambivalence. Analyses of two independently collected and nationally representative surveys demonstrate that frequent use of ideological online news in general, and of ideologically consistent outlets in particular, are positively related to political participation. In some cases, exposure to ideologically discrepant online news undermines these beneficial effects. These findings support a long line of research in the area of “face-to-face” communication, but suggest that some new dynamics, unique to the online environment, may also be at work. [ Download PDF ]