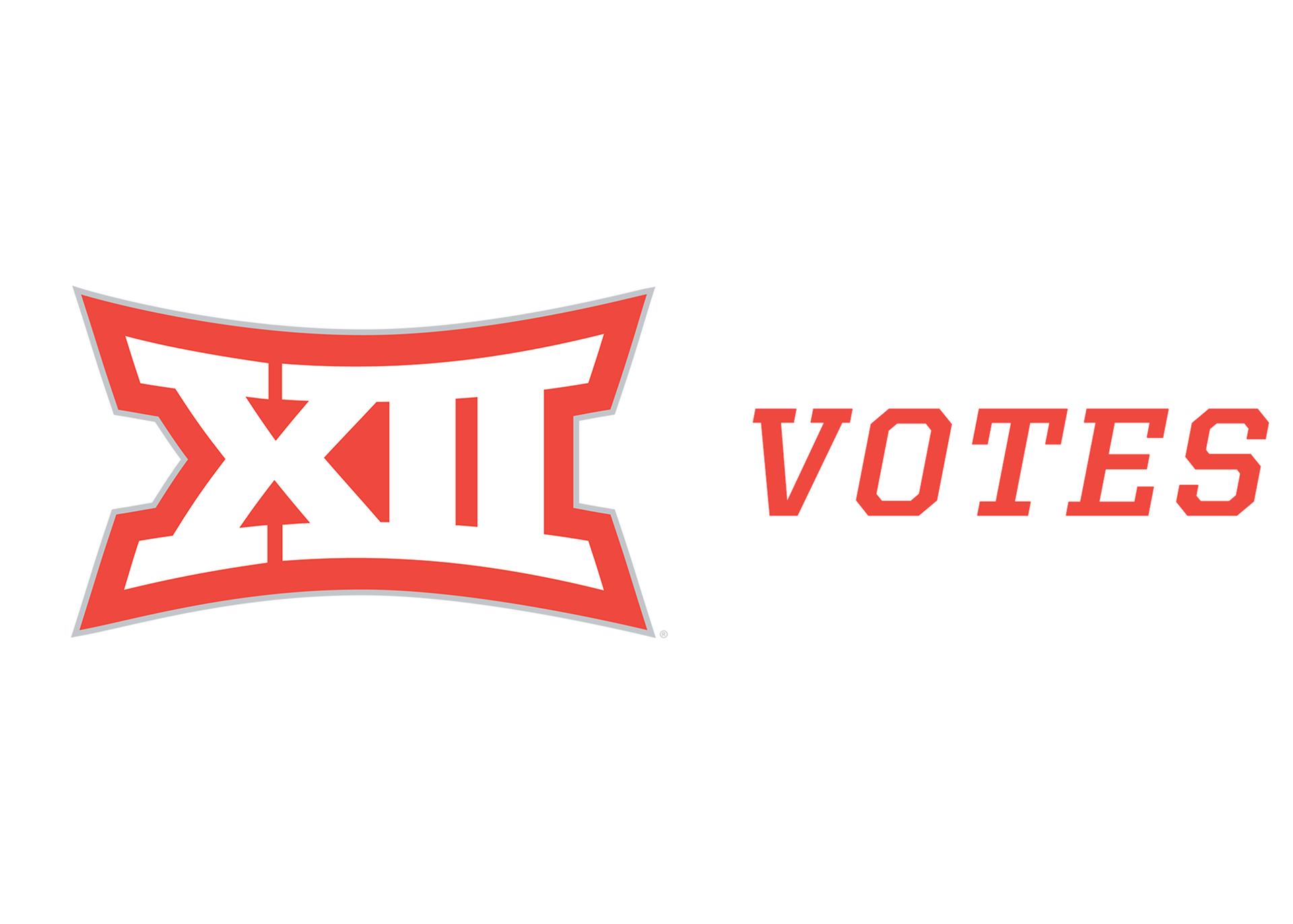 The ALL IN Campus Democracy Challenge is pleased to announce the Big 12 Votes Initiative, a collaboration with the 10 member institutions of the Big 12 Conference – Baylor, Iowa State, Kansas, Kansas State, Oklahoma, Oklahoma State, TCU, Texas, Texas Tech, and West Virginia.

The Big 12 Votes Initiative seeks to fulfill a responsibility of higher education to graduate informed and civically engaged citizens and to advocate for a more inclusive democracy through increasing student voter registration and turnout rates.

Big 12 Votes Initiative aims to tackle the issue of low college student voter turnout by advancing nonpartisan civic learning, political engagement, and student voter participation on each of the 10 campuses. Stakeholders from each of the campuses will participate in a community practice designed to support collaboration,  innovation, and resource sharing across the Big 12 institutions.

The initiative grew out of inspiration from the University of Texas and formalized this past spring in a collaboration between Iowa State and Oklahoma universities with the ALL IN Campus Democracy Challenge.

Iowa State President Wendy Wintersteen issued an invitation to her Big 12 counterparts to participate, adding, “Iowa State is thrilled to be a lead partner in the Big 12 Votes Initiative. Like our friendly rivals in the Conference, Iowa State strives for excellence in teaching, research, and athletic competition. This fall, Iowa State will strive to lead the Conference in promoting civic engagement. The other Big 12 Presidents and Chancellors, and I are deeply committed to ensuring our students are fully engaged voters and citizens in 2020 and beyond.”

The inaugural effort aims to reduce the registration and turnout gap at each Big 12 institution to less than 20%.  The initiative is modeled, in part, on two other nonpartisan college voter engagement efforts; Southern Conference (SoCon) Votes and the Big Ten Voting Challenge.

Jennifer Domagal-Goldman, executive director of the ALL IN Campus Democracy Challenge, says initiatives like Big 12 Votes and the other ALL IN athletic conference voting challenges “focus collective energy on adopting data-driven practices and institutionalizing campus efforts to help students develop the skills needed to be active and informed participants in our democracy.”

Big 12 Votes will support voting efforts to encourage the nearly quarter-of-a-million students attending Big 12 universities to participate in the nation’s electoral process. Each institution has appointed a campus coordinator to help establish and lead a campus-wide nonpartisan democratic engagement coalition of dedicated students, faculty, staff, and community partners. Additionally each of the 10 campuses commits to participating in the National Study of Learning, Voting and Engagement, conducted by Tufts University, which provides more than 1,100 participating colleges and universities an opportunity to learn their student registration and voting rates.

Michael Crespin, Director and Curator, Carl Albert Congressional Research and Studies Center andProfessor of Political Science at University of Oklahoma, “The Carl Albert Center, Oklahoma Votes, and the entire University of Oklahoma campus are excited about leading the Big 12 Votes Initiative with our colleagues at Iowa State. By motivating our students to register and cast their ballots, we are instilling in our students the principles that their actions in November can change lives forever.”

About Big 12 Conference
The Big 12 Conference is comprised of 10 Universities – Baylor, Iowa State, Kansas, Kansas State, Oklahoma, Oklahoma State, TCU, Texas, Texas Tech and West Virginia. The Big 12 is an NCAA Division I intercollegiate athletics conference that encompasses five states with over 40 million people within its geographic footprint. Celebrating its 25th Anniversary, the Conference has produced over 680 Academic All-America selections and claimed national championship team titles in 17 of its 23 sponsored sports. Its student-athletes and teams have combined for over 660 individual NCAA titles and 63 team national championships. Nearly 5,000 student-athletes from across the United States and around the World compete annually under the Big 12 banner. For more information, visit Big12Sports.com and follow the Conference on Facebook (Facebook.com/Big12), Twitter (@Big12Conference) and You Tube (YouTube.com/Big12Conference).

Many thanks to the Foundation for Civic Leadership for making this competition possible.