Do you know what President Obama has on his iPod?

How many signatures are on the Declaration of Independence?

What was the 3rd government agency that presidential candidate Rick Perry planned to dissolve if elected?

Test your political knowledge on questions like these and more at Political Pub Quiz!

New Politics Forum networking after-parties are a unique opportunity for young people from around the state and across partisan aisles to network with like-minded peers and get to know each other in a fun, relaxed setting. For the Texas Conference on Civic Life after-party on Saturday, November 9th, New Politics Forum hosted our first-ever Political Pub Quiz, a team trivia competition that tested participants' political knowledge. 6 teams of competitors were asked questions on themes such as "Famous Political "Oops!" Moments,"  "Who Said It? Quotes from Influencers, Activists, and Leaders," and "Pop Culture and Politics, to name just a few.

The next Political Pub Quiz will be in 2014. We hope to see you there! 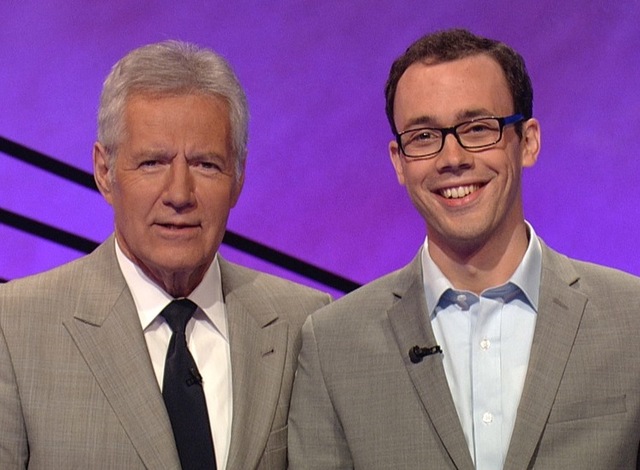 The emcee for the New Politics Forum's first-ever Political Pub Quiz came straight from the trivia big leagues. At only 24 years old, UT alumnus Jared Hall is a six-time winner of the classic game show series "Jeopardy!" His success places him among "Jeopardy!" elite and will likely qualify him for the next edition of the show's Tournament of Champions.

Jared earned his master's degree in global policy studies from the LBJ School of Public Affairs in May 2013 and is now a full-time research associate for the College of Education, where he works on issues surrounding the Affordable Care Act and healthcare reform in Texas.

Winning over $180,000 during his whirlwind run, Jared plans on using the money to pay off student loans, travel, and donate to charity.