Campaign Bootcamp equips participants with the skills needed to be an effective, efficient, and well-rounded campaign staffer.

While this year's program is moving online to best fit the needs of Texas students- the lessons, caliber of instructors, and bipartisan focus will remain the same. This year's program will focus exclusively on four major aspects of political campaigns: Management, fundraising, communications, and voter engagement.

Our online webinars, Q&As, and worksheet feedback will come in four separate hour-and-a-half long sessions beginning on May 30th at 11:00 AM. Learn more about our schedule, ways to stay involved, and how you can earn a trip to the Texas Tribune Fest in 2020, below.

Thanks to our incredible sponsor, The Center for Women in Politics & Public Policy at Texas Women's University. Without their generous support, none of this would be possible.

Registration is free and open to all interested participants. Follow the registration link for access to our webinars. Participants must RSVP in order to receive access to webinars and interactive worksheets. RSVP at https://bit.ly/CampaignBtCp

Each session will incorporate a worksheet. Once all four completed worksheets are submitted, participants will earn a ticket to the Texas Tribune Fest as a New Politics Forum ambassador and a spot in our curated Trib Fest experience.

*The order of presentations is subject to change.

Nancy Bocskor, tagged a “Democracy Coach” by a major German newspaper, teaches citizens in the United States and internationally how to communicate with passion to affect change in their communities.

Nancy was most recently the Director of the Center for Women in Politics & Public Policy at Texas Woman's University in Denton, TX, where she is launched programs to promote civic engagement and leadership in public service.

The author of “Go Fish: How to Catch (and Keep) Contributors: A Practical Guide to Fundraising,” Nancy Bocskor is an adjunct professor at George Washington University’s Graduate School of Political Management where she teaches both online and in-class fundraising courses.

Nancy is on the board for Running Start, an organization that encourages young women to run for office, an advisor for Veteran's Campaign, a program that encourages veterans to enter public service, and has recently joined the board of Lone Star Parity in Texas. She served on the board of the Women’s Campaign School at Yale for seven years, where she chaired the school’s Curriculum Committee for five years. She was a Senator Robert J. Dole Institute Fall Fellow in 2019 where she moderated panels on “Women, Democracy and Global Politics.”

Chosen as “Mentor of the Year” by PLEN (Public Leadership Education Network) for her work advising college women interested in careers in public service, Nancy is now a member of their national board. In 2016, she was selected by the Washington Academy of Political Arts & Sciences as one of the "Top 12 Women Changing the Face of Political Communications in Latin America." Nancy was the recipient of the 2010 the Distinguished Alumni Award at Otterbein University in Westerville, Ohio for “her passion to affect change in national and international communities, training and consulting with the nation's and world's political leaders, and commitment to educate others, particularly women, around the world.”

Liz, a 4th generation Texan, has often been described as “one of the smartest, straight-shooting Democrats” in the business. A direct mail consultant since 1999, Liz has created messaging, strategy and persuasion direct mail for local, state and federal campaigns in 42 states.

In 2007, she became the first woman to start her own Democratic direct mail company with no business partner. She has served as one of 14 Democrats on the Board of the American Association of Political Consultants since 2012 and the Democratic Board liaison with USPS national headquarters, in Washington DC. She has won twenty six “Pollie” awards and eleven Campaign and Elections Magazine Reed Awards.

Liz has been a guest on Larry King Live, CNN American Morning, CNN International, The O’Reilly Factor, Hannity, Your World with Neil Cavuto, Fox Election Headquarters, Fox Business News, Fox News.com, Sun News, MSNBC and CSPAN. She has been the lead Democratic commentator for US election night results on BBC World Service News radio for the 2012, 2014, 2016 and 2018 elections. A graduate of the University of Texas at Austin, Liz was named a political ‘Rising Star’ by Campaigns & Elections magazine in 2005. She is a former adjunct professor at American University and George Washington University. Liz has lectured at Georgetown University, Howard University, the University of Iowa, the University of North Carolina, the University of Texas and the University of Virginia. She has taught messaging seminars for the American Medical Association, Annie’s List-TX, the Central Florida Political Leadership Institute, Emerge America Chapters in Massachusetts, Maine, New Jersey, New Mexico, Nevada, Vermont and Virginia, the Gay and Lesbian Victory Fund, the Lance Armstrong Foundation, Lillian’s List-NC, the National Lung Cancer Partnership, Ruth’s List-FL . She is currently the Democratic Program Director for the Women’s Campaign School at Yale University, where she has taught since 2005.

Prior to her direct mail career, Liz was the North Carolina House Democratic Caucus Director in 1998, where she won seven seats and returned Democrats to the majority. In 1997, she served on the Presidential Inaugural Committee for Clinton/Gore and worked for the Democratic Legislative Campaign Committee. Liz worked for Mark Warner on his 1996 US Senate campaign and for state legislative races in Virginia in 1997 and 1995. She began her career as a volunteer coordinator for Texas Governor Ann Richards in 1994.

Tyler's extensive experience in the political arena has taught him to carefully craft communications strategies that inspire people to take action.

Tyler Norris has spent his professional life traveling Texas for political campaigns that have shaped our state. Along the way, he worked his way up from unpaid intern to Chief of Staff in the Texas Capitol. Through five legislative sessions in Austin, Tyler served in both the House and Senate, honing top-notch communications skills and building connections with invaluable press contacts. Tyler has the rare ability to distill down complex narratives for target audiences and ensures favorable coverage and outcomes for every client.

Tyler's spent a year consulting on several political campaigns, including those of Congressmen Ron Wright and Lance Gooden, and Senator Ted Cruz. Previously, Tyler also worked on the Cruz for President Campaign and was responsible for creating and directing the vaunted “Iowa Strike Force” – an unprecedented grassroots effort that successfully deployed over 1,500 volunteers to help Senator Cruz win the Iowa Caucuses.

Tyler’s legislative career also includes time as the Legislative Director to State Senator Konni Burton, Chief of Staff to Representative James White, and Legislative Aide for Sen. Brian Birdwell and Rep. Wayne Christian. Outside of the legislature, Tyler served as the Grassroots Director for the historic Cruz 2012 Senate campaign and has consulted on numerous Texas House and Senate campaigns across the state, handling communications and press operations.

Born in Milford, Connecticut, Tyler has lived in over a dozen cities and towns across the country. Tyler attended the University of Texas at Austin and enjoys talking politics, being sarcastic on Twitter, and watching New England sports teams.

Matt Glazer is a native Texan with fifteen years of experience in the nonprofit community and another ten in consulting and start-ups. Matt started his career by working in political and civic campaigns across the country. Matt is proud to have worked on campaigns in every level of government.

After a half decade on the road Matt moved back to his native state and began working for non-profits and local candidates in San Antonio. In 2009, Matt was recruited and hired by Representative Pete Gallego to lead his natural resources legislative docket and run his office’s communications.

Matt is an experienced non-profit Executive Director. He was the inaugural Executive Director for Progress Texas, the Texas affiliate of ProgressNow, and served as the turnaround CEO of the Austin Young Chamber of Commerce. Most recently, he was the Regional General Manager for WeWork in Central Texas and launched Blue Sky Partners, a boutique consulting firm based out of Austin, Texas.

Matt brings a rich and diverse background of work, he’s worked with Boards of Directors and nonprofit staff to meet community needs with mission alignment and approaches organizational growth. Matt currently serves on the board for The Other Ones Foundation and E4Youth. He has served as the Vice-Chair on the Skillpoint Alliance Board and has been a 10-year volunteer and program designer at the Annette Strauss Institute. He has an undergraduate degree from Trinity University in San Antonio and a Master of Science Technology and Commercialization from the University of Texas.

See what Campaign Bootcamp is all about. Watch our promo video:

Thanks so much to our incredible sponsors: 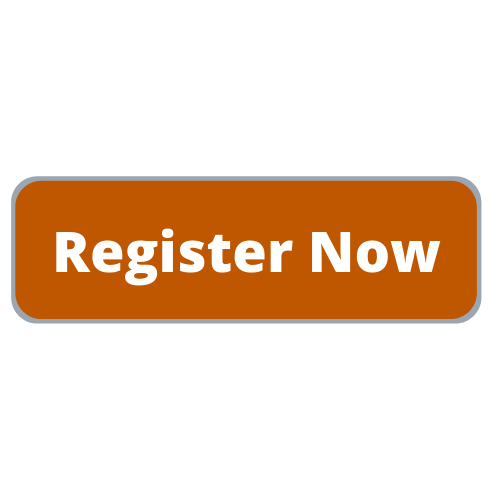