Relive the action with videos from all of the keynote sessions.

Over 300 students from around the state of Texas attended the Festival. Student participants had access to special student-only events throughout the weekend, including the Pre-Festival Student Summit on Friday evening, where participants got to know each other and networked over free pizza provided by the New Politics Forum, and the #TTFstudents Lounge all day on Saturday, where students could pop in for phone charging, snacks, and meet & greets with some of the biggest stars of the weekend, including U.S. Sen. Ted Cruz, U.S. Rep. Joaquin Castro, and state Sens. Wendy Davis and Leticia Van de Putte. 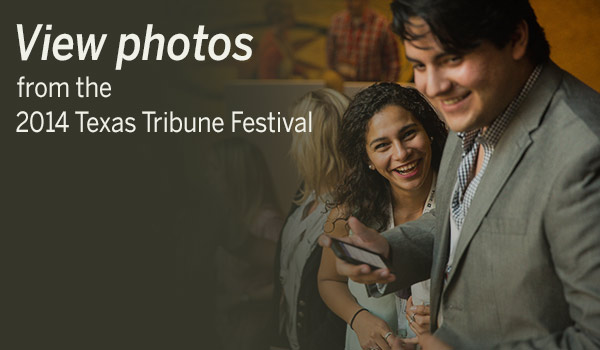 Jordon is currently working on his Master’s degree in Digital Media at Texas State University. This past spring, he attended and reported on SXSW, an annual music, film, and tech conference in Austin, for sxtxstate.com. After a stint working on film productions in LA, Jordon made his way to Texas, where he’s served as Field Manager for the Brewster McCracken Mayoral Campaign and a Junior Analyst for Stanford Campaigns.

Maria is currently a Field Organizer for the Wendy Davis for Governor Campaign and a facilitator for IGNITE Texas, an organization that works to build political ambition in young women via programs that provide civic training and education. Her dream in life is to “help minorities, women and those with a lower socioeconomic status by educating them about the importance of voting and becoming politically active in their communities.

Antonia is a former IGNITE facilitator and intern, an alumna of the New Politics Forum and NEW Leadership Texas, and has interned at the U.S. Senate. Her passion for women’s and children’s issues have led her to serve in impoverished communities worldwide, including Lebanon and Nicaragua. Antonia is currently working on her Masters degree in Public Affairs at UT Dallas.

Nicole Pope is a New Politics Forum alumna of 2013 Campaign Bootcamp and a student at Sam Houston State University. Passionate about communications, she will graduate with a Bachelors degree in Communication Studies and Marketing in 2015. After graduation, Nicole will be the Community Relations Coordinator for Chevron Phillips Chemical Company, where she will assist with government affairs.

Nicole is pursuing her degrees in Spanish and Political Science (Pre-Law) at Howard Payne University, where she is part of the Guy. D. Newman Honors Academy: The Program for Civic Leadership and Public Policy an is involved in Model United Nations .  This summer, she volunteered for the Greg Abbott for Governor Campaign, assisting with recruitment events.