Civic Engagement in Austin: Views on the "10-1" System

In November of 2014, Austin elected its city council under a new system of geographic representation. Ten City Council members were elected, each representing a newly drawn geographic district, along with a new Mayor. Many community leaders and groups supported this transition to a “10-1” system in hopes that it would open opportunities for diverse city council candidates, improve voter turnout, and increase the sense of connection between city council members and their constituents.
From January to April 2015, 172 Austinites from all ten districts were interviewed by the 60 members of the Leadership Austin Essential Class of 2014-15. The interviewees included citizens and community leaders, former candidates for city council, and all sitting members of the current city council. These interviews explored the ways Austin’s citizens are interacting with their communities, their thoughts about levels of engagement with city government among people in their districts, and their hopes and concerns for Austin’s new system of geographic representation.

While a range of views were expressed, some themes emerged strongly from these interviews:

This report briefly explains how geographic representation came to Austin, paying particular attention to the city’s history of uneven and declining political participation and imbalanced ethnic and racial representation in city government.  It then describes how Austinites from across the city view the transition to 10-1 — their hopes, concerns, and suggestions for improvement.

Read the full report and learn more about civic engagement in Austin. 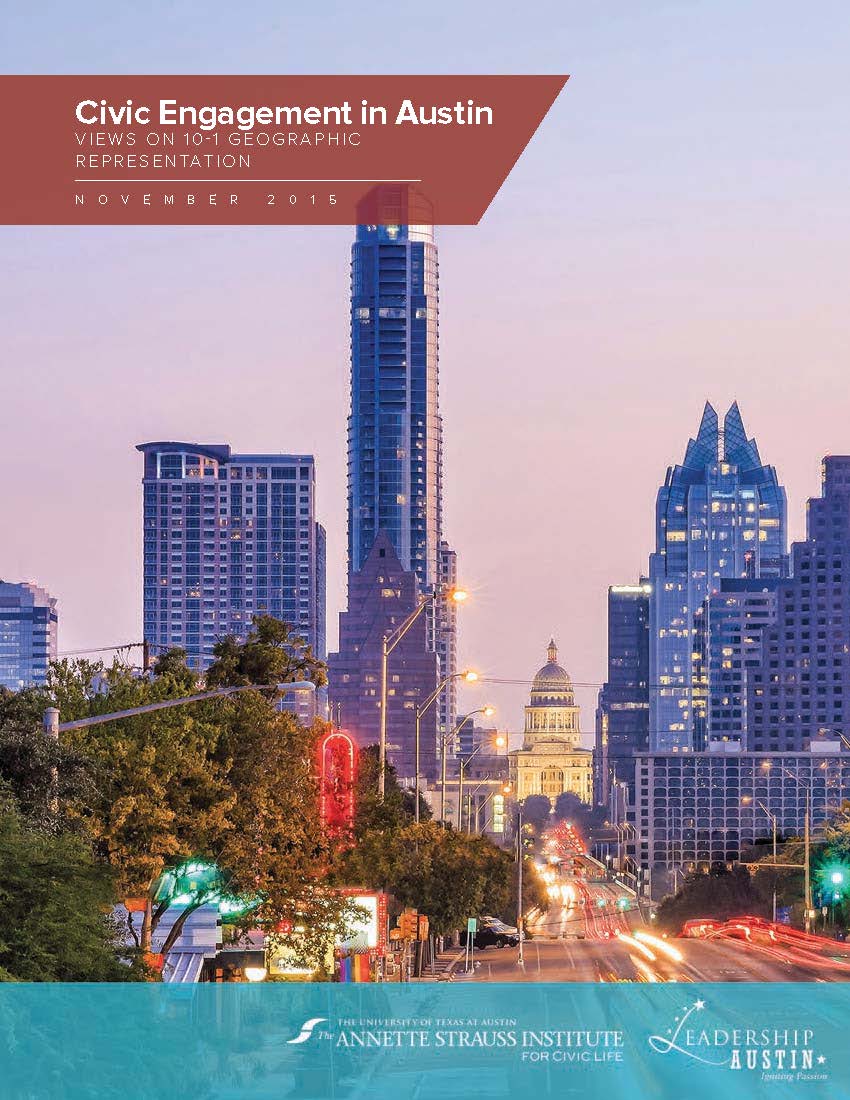 Civic Engagement in Austin: Views on 10-1 Geographic Representation was produced in collaboration between Leadership Austin and the Annette Strauss Institute for Civic Life.