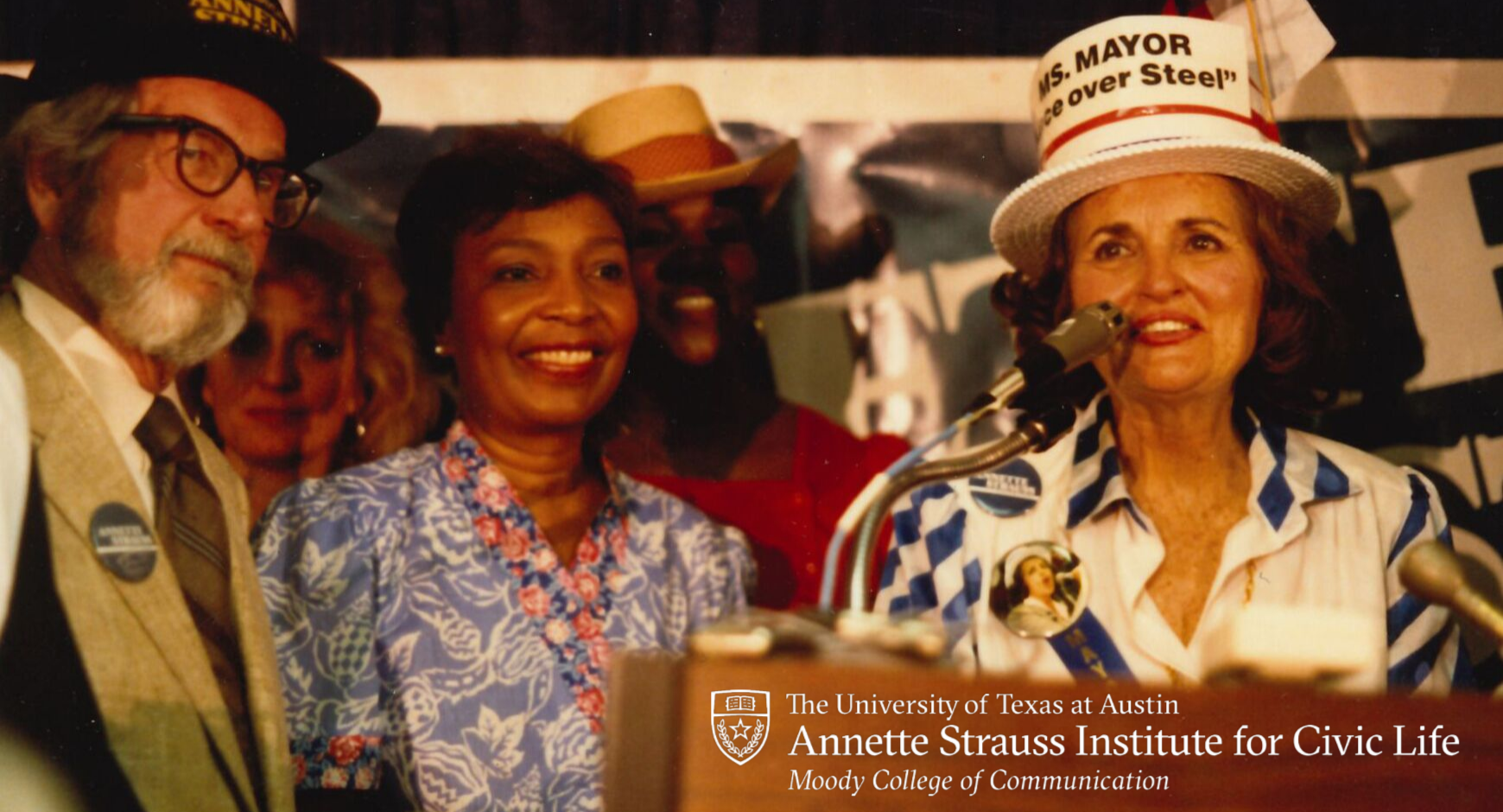 The Annette Strauss Institute for Civic Life exists to cultivate informed voters and active citizens. We do so through research, education, and outreach programs focused on three key pillars: civic discovery, young people, and civil dialogue.

Based in the nation's second most populous state at a premier public research university, the Annette Strauss Institute is aligned with the University's public role of designing and testing new ways of increasing civic involvement. It benefits from the collective expertise of scholars who are nationally renowned for their contributions to the study and development of civic participation and the conditions that give rise to or suppress engagement. Dedicated to applied research, the institute focuses on how new technologies of communication and innovative outreach can be used to increase political understanding and participation. Learn more about obstacles to civic engagement.

Founded in 2000, the Institute is named after Annette Greenfield Strauss, an extraordinary woman whose accomplishments and commitments were legendary. Mrs. Strauss served on the Dallas City Council from 1983 through 1987 and then as mayor from 1987 to 1991. By the time she became mayor, Mrs. Strauss had spent some forty years as a city volunteer and community activist. As mayor of Dallas, Mrs. Strauss was said to be one of the few persons who had equal access to the City's diverse communities. When she died in December of 1998, an entire city mourned her passing.