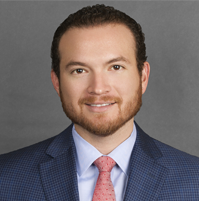 Rep. Longoria was born in Mission and raised in South Texas. He is a product of the La Joya Independent School District. Longoria attended South Texas College for one year before transferring to the University of Texas at Austin —He graduated in 2003 with a Bachelor of Science in Communication Studies. In 2007, Rep. Longoria graduated with his Doctorate of Jurisprudence from the University of Texas School of Law.

In the Fall of 2017, Rep. Longoria was the recipient of the 2017 Outstanding Young Texas Ex Award. This recognition is awarded to Texas Exes age 39 and younger who have made significant achievements in their careers and service to the university. The following year, fall of 2018, Rep. Longoria was awarded the Outstanding Young Alumnus Award by The University of Texas at Austin School of Law. The Outstanding Young Alumnus Award honors a graduate, 40 years old or younger, who has made significant achievements in his or her career and service to the university. He is a proud Life Member of the Texas Exes Association.

Rep. Longoria has always been passionate about his service to his community. Prior to his tenure in the State House, he served on the Agua Special Utility District as a Board Member, and as a Trustee for South Texas College. Professionally, he owns and operates the Law Office of Oscar Longoria.

Rep. Longoria is married to Jennifer Ruiz-Longoria of Mission, also a University of Texas at Austin Alumni. They have two beautiful daughters, Camilla Lee and Madison Lee Longoria.