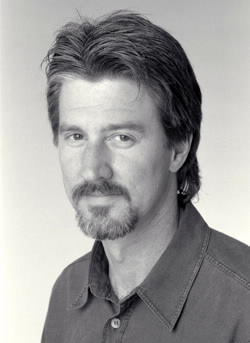 Bruce Hendricks is a director/writer/producer. He is best known as President of Physical Production for the Walt Disney Motion Picture Group from 1992-2011 and has been associated with some of the most prestigious, top-grossing films in motion picture history. As President of Physical Production for Walt Disney Studios from 1992 to 201, he supervised the making of over 250 motion pictures and filmed in more than 30 countries. Among these films are the blockbusters “The Sixth Sense”, “Armageddon”, “The Rock”, and “Alice in Wonderland ” to name a few.
His credits as Executive Producer are the Jerry Bruckheimer Productions trilogy “Pirates of the Caribbean” and the WWII epic “Pearl Harbor”. Mr. Hendricks directing credits include the record setting Hannah Montana 3D Concert film, The Jonas Brothers Concert Film, the IMAX film “Ultimate X” as well as music videos, television programs and commercials. As a director Mr. Hendricks has been one of the early pioneers in digital 3D photography. Mr. Hendricks is a member of the Academy of Motion Picture Arts & Sciences, BAFTA, The Producers Guild, and the Directors Guild of America. He received an Emmy Award for his work on the ABC telefilm “The Wave”. A native of Dallas, Texas, Mr. Hendricks holds a Bachelor of Science degree in film production from The University of Texas. He received the University’s Distinguished Alumni award in 2007 and previously served on the Moody College of Communication Advisory Council. He currently serves as Executive Vice President, The Cook Company.