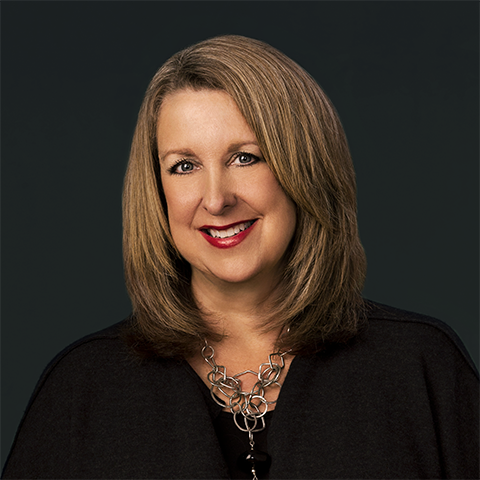 Lisa Bennett (Chicago, IL) is Chief Creative Officer at Laughlin Constable (LC), a Top 25, full-service, independent agency with offices in Chicago and Milwaukee. Lisa has oversight to all creative and production activity at LC on brands such as D.J. Yuengling and Sons, Amtrak, The Milwaukee Bucks, Jewelers Mutual, Hoosier Lottery, Boys and Girls Club of Chicago and Northwestern Medicine.

Lisa grew up in Austin and began her career at Leo Burnett upon graduating from the University of Texas. She became the agency’s youngest Creative Director at age 27 and quickly rose through the ranks to EVP/ Executive Creative Director. Lisa led the creative charge on iconic brands such as McDonald’s, Disney, Coca-Cola and served as Global Creative Director on Heinz and Delta Airlines.

In 2003, Lisa joined DDB Worldwide as Managing Partner, Chief Creative Officer of DDB San Francisco. She and her team created award-winning content for clients such as Clorox, Green Works, Glad, Kingsford and ESPN. She helped diversify the agency’s client roster by bringing in accounts such as ConAgra Foods, Intel, McAfee and Benefit Cosmetics. After 10 years in the CCO role, Lisa was elevated to EVP/Creative of DDB North America. In 2015 she joined TM Advertising in Dallas as Chief Creative Officer.

Over the years, Lisa’s work has been recognized by every major international awards show including Clio’s, One Show, D&AD, Webby Awards, Effie’s and Cannes International Festival of Creativity where she received multiple Lions including a prestigious Gold Media Lion. In addition, she has served on International Executive Juries for Cannes Lions, Clio’s, D&AD, Communications Arts, New York Festivals and One Show.

Lisa was named one of Advertising Age’s “21 to Watch in the 21st Century” and one of Business Insider’s top 10 “Most Creative Women in Advertising.” She graduated from the University of Texas with a BS in Advertising. Her husband Chris is also a UT graduate and holds a BBA in Accounting and received his MBA in Finance.