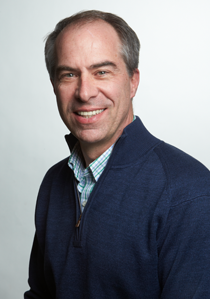 Dave’s mom said he should become a lawyer, because his quick mind always had an answer for everything. Instead, he got into gymnastics, and all the backflips and headstands were the perfect training for a career in advertising.

After graduating from Miami University, Dave began his career in New York at Needham, Harper & Steers, working on Amtrak and SpaghettiOs. He then went client-side, joining restaurant giant Wendy’s International. He led the efforts for corporate advertising and in-the-trenches field marketing teams.

He led two Effie Award-winning campaigns for Pergo laminate flooring and Wolf. He led the team that revitalized the Red Lobster brand. For Patrón, Dave led the team that developed the brand’s first fully integrated communications campaign, resulting in triple-digit sales growth. For GameStop, he helped bring the brand to life in external advertising for the first time, including developing a co-op model leading to millions of incremental dollars being added to the marketing budget.

Dave has a knack for finding simple solutions to complex problems and excels at organizing and implementing the appropriate agency resources to improve his clients’ businesses.

Dave’s community involvement includes over 20 years as a board member of Dallas Court Appointed Special Advocates, and he is cochairing a capital campaign for The Magdalen House, an alcoholism recovery community for women. He also loves music and plays in a local classic-rock cover band, The Vinyl Countdown.

His son is enrolled in the Stan Richards School of Advertising & Public Relations at the University of Texas. Hook ’em!