Austin neighborhood is a community partner with Moody Honors and the Center for Community Engagement
by Aisling Ayers, sophomore, journalism

An accessible grocery store and hospital are one step closer to reality for residents of the Colony Park neighborhood, after the Austin City Counci approved a $400,000 investment at its Oct. 29 meeting.

The allocation is part of a master plan to develop more than 200 acres of city-owned property in the area, located in northeast Austin. The plan, called the Colony Park Sustainable Community Initiative (CPSCI), began in 2012 as a partnership between city and community groups. The project land sits on Loyola Lane between Johnny Morris Road and Decker Lane, affecting Colony Park, Lakeside Hills and LBJ residents.

The council’s recent item approval, which passed in a 10-0 vote, will serve as an amendment to the agreement with Catellus Development Corporation, the project’s developer. 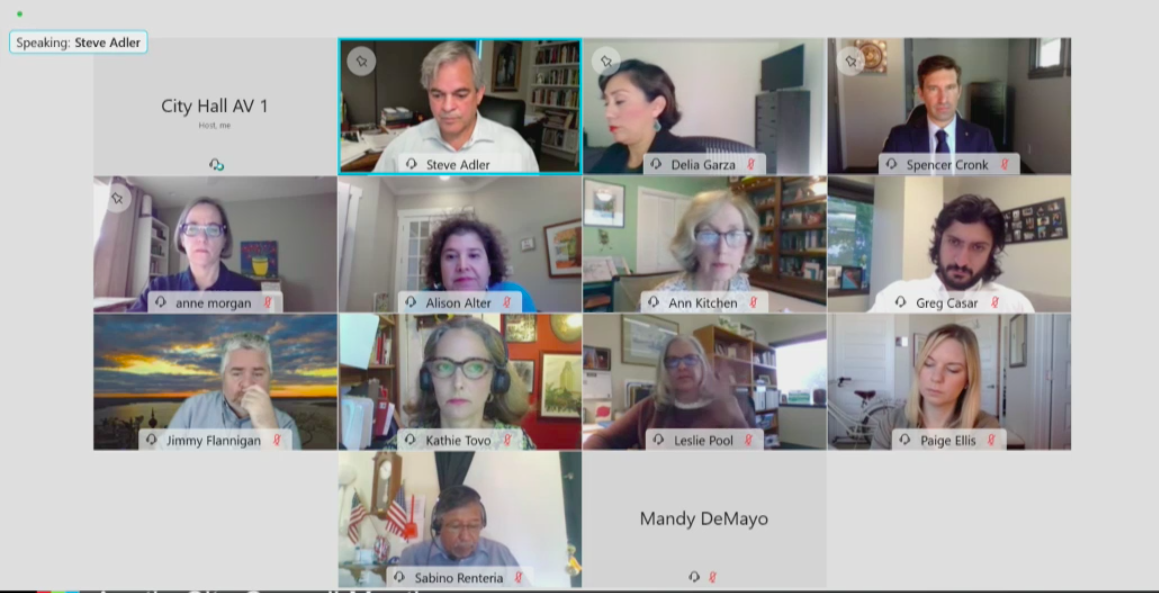 On Oct. 29, Austin Mayor Steve Adler and members of the Austin City Council approved funding for an initiative of the Colony Park neighborhood, a community partner of the Moody College Honors Program.

Barabara Scott, president of the Colony Park neighborhood association, said she hopes the plan will result in amenities the neighborhood is currently lacking, such as an easily accessible grocery store and hospital.

“The end goal of the (entire) plan is to have housing and have stores and shops, to make sure that this area has the same amenities that every other area in Austin has,” Scott said.

Because of gentrification, Scott said neighborhoods east of U.S. Route 183, such as Colony Park, lack investment from the city.

“No money of any amount has been put into making it a livable area, a desirable area for people to want to remain in or live in,” Scott said. “This was always the area where people used (for) the wastewater treatment plant, and … just on the other side of (U.S. Route) 290 is the dump. We have things that (are) undesirable for other parts of town.”

Although the $400,000 is significant, it’s only a portion of the total expenses needed before Catellus will break ground on the project.

Barrera said the newly approved funds will help determine public finance strategies and how the currently vacant land will be developed.

“For us to build this community we're going to need to invest in the streets, the water, the wastewater arms, in the very technical side of it,” Barrera said. “There's also the benefits side … of what we'll be delivering for the community in terms of recreation, multimodal street networks that can accommodate cars and cyclists, pedestrians, healthcare.”

Barrera said the city rarely takes on projects of this size and the initiative is a “very high priority.” He said the Colony Park community identified eight pillars of need, such as improved educational opportunities and access to health care resources, in its master plan.

“What we need to do is ensure that [the community’s] values and visions and plans align with the city's overall strategic direction,” Barrerra said. “So, it's hard to get that alignment, and it does take a while and involves many departments … but we're committed to doing this, and to doing it right.”

One example of what makes it hard is the fact that corporate manufacturing companies are also seeking to develop the land. Scott said these are not the type of developments the community needs or wants.

“What we’re being told is ‘well, this is for the community. This is for all of Austin.’ My answer to that is, ‘You apparently don't know the history of Austin,’” Scott said. “’You're trying to provide manufacturing for companies and stores that are east of 183. That's not helping us because we don't have those stores to go to.’”

After decades of advocating for a renovated park space, the Colony Park neighborhood association celebrated the grand-opening of the Colony Park District Park with a ribbon-cutting ceremony in May 2020. The neighborhood also hopes to receive funding for a community pool and fire department as a part of the master plan in the next several years.

“These neighborhoods have been in Austin within the city limits for almost 40 years,” Barrera said. “(They) really should have the same amenities available to them that are available in other parts of the city of Austin.”