Art as Activism: A Conversation with Filmmaker Ya'Ke Smith

Art as Activism: A Conversation with Filmmaker Ya'Ke Smith

Art as Activism: A Conversation with Filmmaker Ya’Ke Smith

If we are in the midst of a long-overdue national conversation about race, what role does film, art and storytelling play in that conversation? Please join award-winning filmmaker Ya’Ke Smith, and a panel of Moody Honors students, to discuss such questions as reflected in Professor Smith’s recent short films, Brother, Dear Bruh, The Pandemic Chronicles and The Beginning and Ending of Everything. See below for links to the films.

Ya’Ke Smith is Associate Professor in the Department of Radio-Television-Film and serves as Associate Dean for Diversity, Equity and Inclusion in the Moody College of Communication. His films have received world-wide acclaim, screening and winning awards at over 90 film festivals. He has been honored by the Director’s Guild of America, the Student Academy Awards, HBO and Showtime. His short Katrina’s Son was eligible for the 2012 Academy Award in short filmmaking and his short film dawn premiered on HBO in 2015 and was featured on Issa Rae's Short Film Sunday series.

You are encouraged to view any of the following short films of Ya’Ke Smith prior to the panel discussion on Oct. 15.

The Pandemic Chronicles (5 mins each)

The Beginning and Ending of Everything (five episode series) 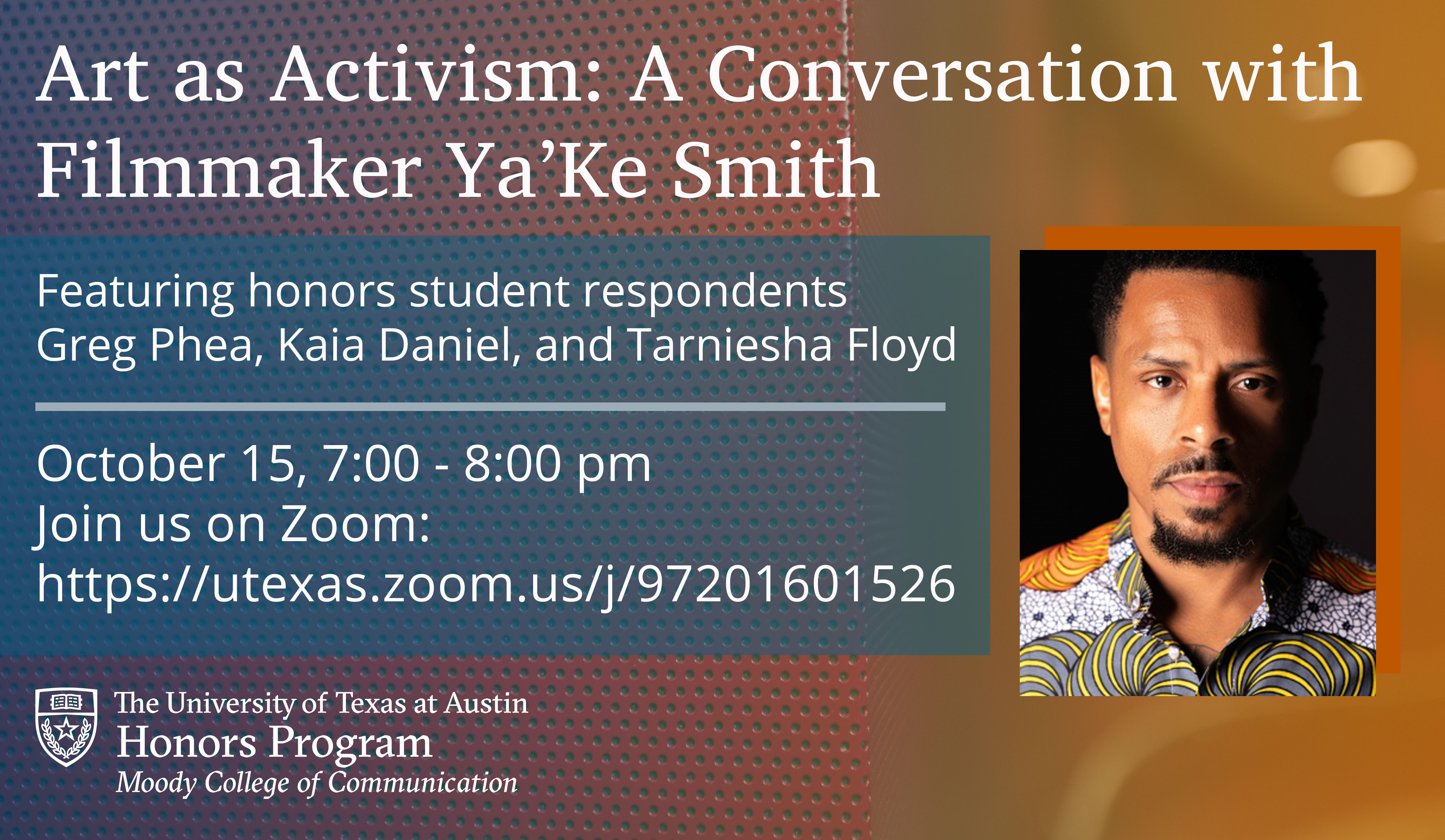