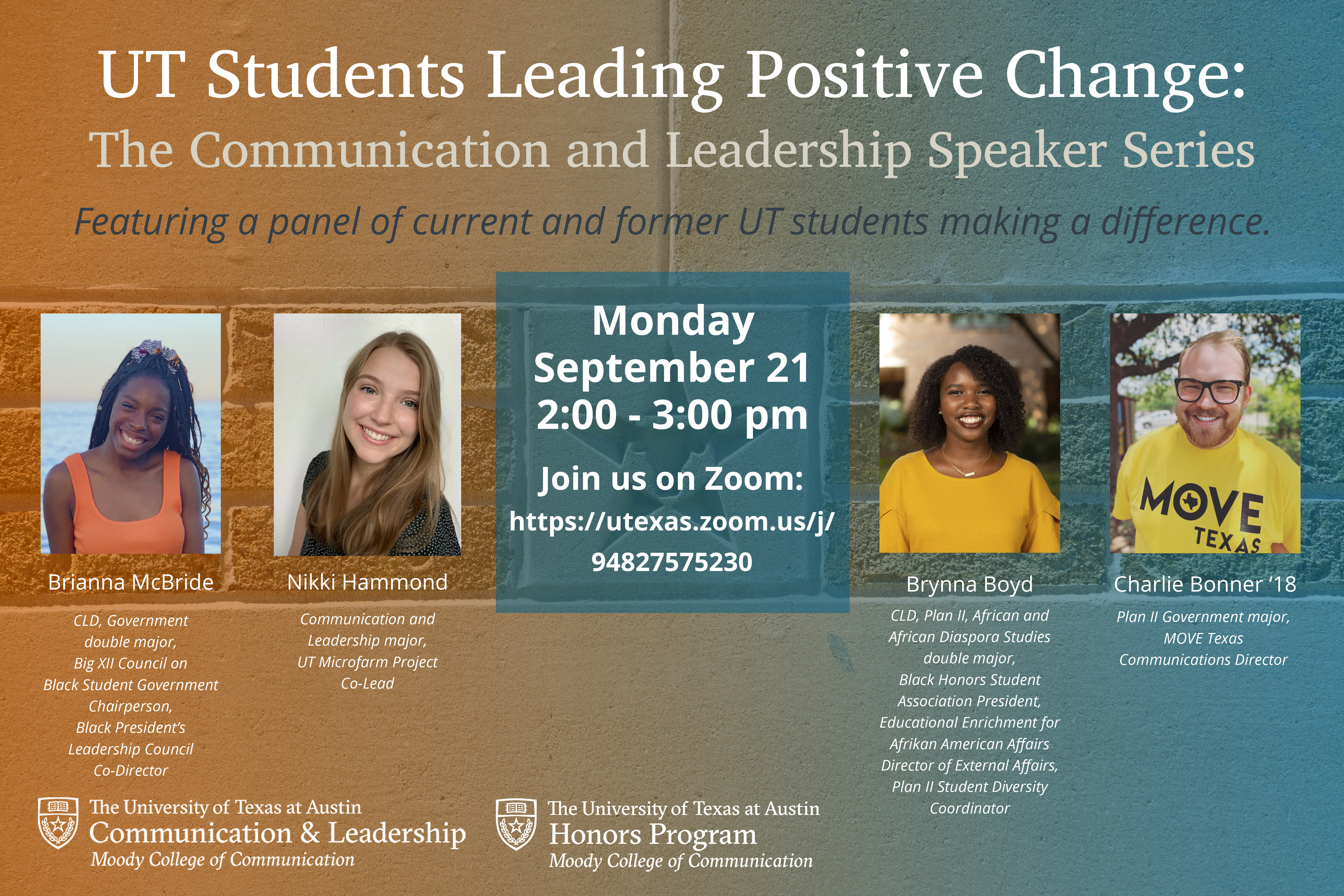 Join us for a panel discussion with current and former UT students who saw a problem and figured out ways they could make a difference. Learn about their experiences and ways that we can all lead positive change.

#What Now: Pressing Forward in the Workplace

CNN "New Day" Co-Host Alisyn Camerota and Press Forward leaders, Dianna Pierce Burgess and Carolyn McGourty Supple, joined us for a discussion of the #MeToo movement and how to make workplaces safe, civil, and equitable.

In February 2018 we welcomed Carol H. Williams who gave a talk about her experience as a leading professional in the advertising industry.
She is the CEO and chief creative officer of Carol H. Williams Advertising (CHWA), a multicultural advertising agency that has continued to push the boundaries of marketing by asking the question, “Whose eyes are you looking through when you view the world?”
The newest inductee of the Advertising Hall of Fame, Williams is the genius behind some of time’s most memorable ads including the timeless Secret antiperspirant campaign “Strong Enough for a Man, But Made for a Woman”, the highly successful Pillsbury frosting campaign “Paper Knife”, and the iconic Pillsbury campaign “Say Hello to Poppin’ Fresh Dough.”

On April 11, 2018, alumnus and former captain of UT Austin’s football team Ronnie Robinson spoke about the leadership lessons that he learned in sports, and lessons he learned as an international sales executive for EDS. He was drafted by the NY Jets but was injured and never played. While recuperating, Robinson started a business that he sold to EDS, where he ultimately worked for a number of years.
He is currently working as the founder of the non-profit Sports Academic Center, whose mission is to partner athletics and academics through mentoring and tutoring.

On February 21, 2017, The Moody College of Communication hosted UT System Chancellor William H. McCraven for the inaugural event of the Communication and Leadership Speaker Series.
The speaker series is the public showcase event of the new communication and leadership degree program in the Moody College of Communication. Launched in 2016, it is an interdisciplinary program that seeks to educate and inspire future leaders to effect positive change in our complicated world.
Before McRaven (B.J. ’77) was an admiral in the U.S. Navy, commander of the U.S. Special Operations Command and chancellor of The University of Texas System, he studied in the School of Journalism.
At the event, McRaven spoke about the relevance and importance of communication and the unique role higher education plays in developing tomorrow’s leaders.
In 1996, McRaven used his writing, communication and journalism training from Moody College to help author his book, “Spec Ops: Case Studies in Special Operations Warfare: Theory and Practice,” cited as an insightful study of military engagement.
He delivered the keynote speaker at The University of Texas at Austin’s spring commencement on May 17, 2014. His speech has since been viewed more than 4.2 million times.
“There is no one better to deliver the inaugural address of the Communication and Leadership Speaker Series than Chancellor McRaven,” said Jay Bernhardt, dean of the Moody College of Communication. “One of our most accomplished alumni, he is a visionary leader whose career has spanned numerous sectors and served as a testament to the value of communication education. He serves as an role model and embodies the characteristics and competencies that we hope to instill in our students.”
To view photos from the event, visit the Moody College of Communication Flickr page. 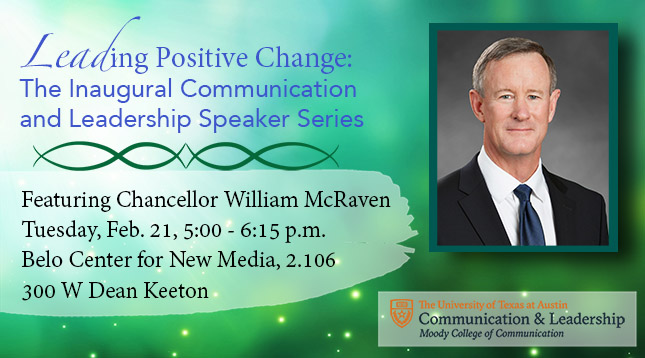 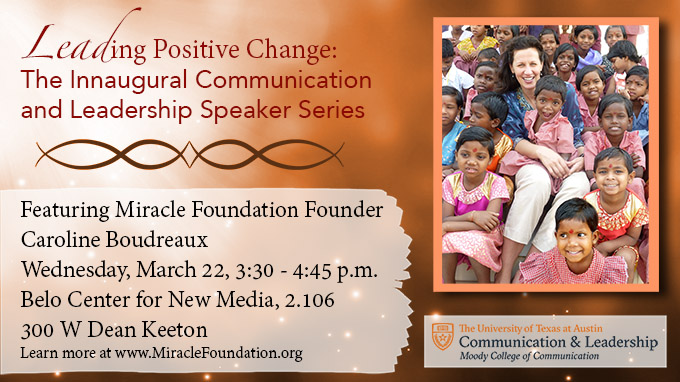